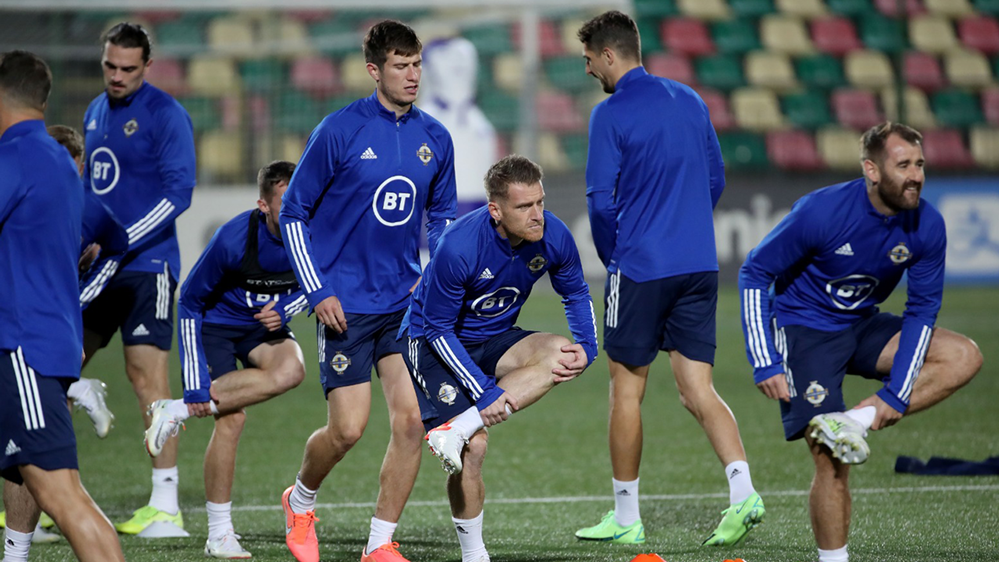 If you take a stroll along the banks of the River Neris in Vilnius, the capital of Lithuania, you won’t see many football pitches. Instead it’s basketball and beach volleyball courts that are prominent and dominant in the riverside parks.

It’s an indication that football is not Lithuanians’ first love when it comes to sport and the national team are not revered, however Northern Ireland boss Ian Baraclough is taking nothing for granted as he prepares to face the lowest ranked side in Group C of the European qualifiers for FIFA World Cup Qatar 2022.

Lithuania are without a point from their two matches in the group to date but they have only suffered narrow defeats away to Switzerland (1-0) and at home to European champions Italy (2-0).

And Baraclough (pictured) is expecting a physical, gritty contest when Northern Ireland face the Lithuanians at the 5000-capacity LFF Stadionas in Vilnius this evening (7.45 start UK time). 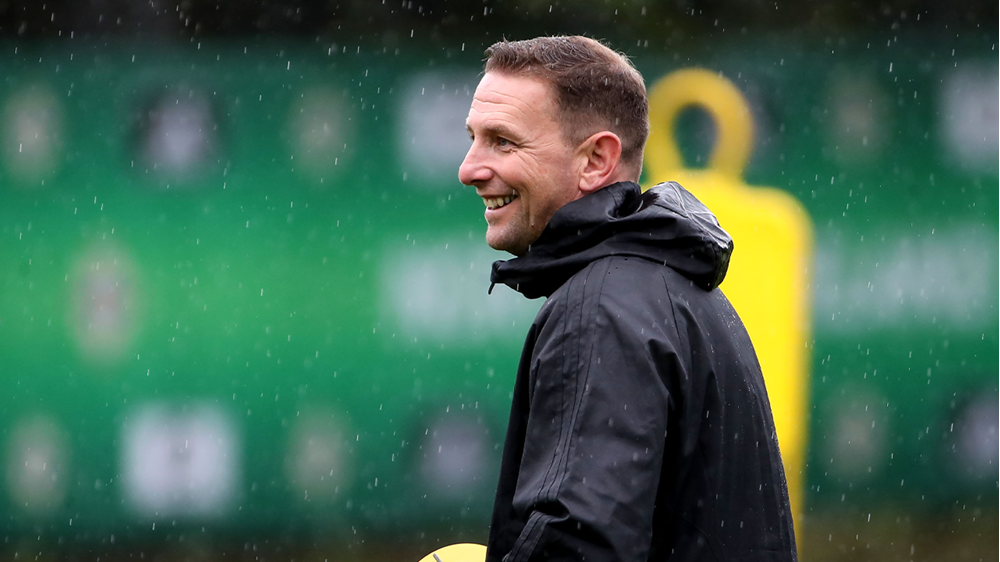 The stadium, which is also home to the Lithuanian Football Federation, features an artificial surface though Baraclough says he will not be using the surface as an excuse if his team do not secure a win. He insists all of his players are familiar with 3G and 4G pitches.

Taking all three points is a must if Northern Ireland are going to be in the mix for World Cup qualification come November – and the manager is cognisant of that.

He also knows a first victory in Group C would set things up nicely for the WCQ against Switzerland next Wednesday (8 September) when 16,000 fans will be roaring his boys on at the National Football Stadium at Windsor Park.

Baraclough must find a way to win against the Lithuanians without experienced players like Jonny and Corry Evans, Stuart Dallas and Josh Magennis, who are all either injured or unable to be in Vilnius, and he is confident his squad can deliver.

He says it’s time for some of the younger players to grasp their opportunity - he was pleased with what he saw from some of the less experienced players in the games against Malta and Ukraine at the start of the summer - so don’t be surprised to see a sprinkling of youth alongside more battle-hardened players in the starting line-up come kick-off this evening.

The Northern Ireland manager expects Lithuania to be “robust and compact”.

Their main goal threat comes from midfielder Arvydas Novikovas, who has scored 12 times for his country in 70 appearances, and striker Fedor Cernych, who has hit the net on nine occasions while earning 65 caps.

They will be without their talismanic captain Saulius Mikolianus, the former Hearts winger who is the country’s most capped player (96). He is missing due to injury, although experienced keeper Ernestas Setkus returns to the team after almost two years in exile.

Stephanie Frappart (FRA) will be refereeing tonight’s game, and it will be the first time a female ref has taken charge of a competitive fixture involving the Northern Ireland senior men’s team.