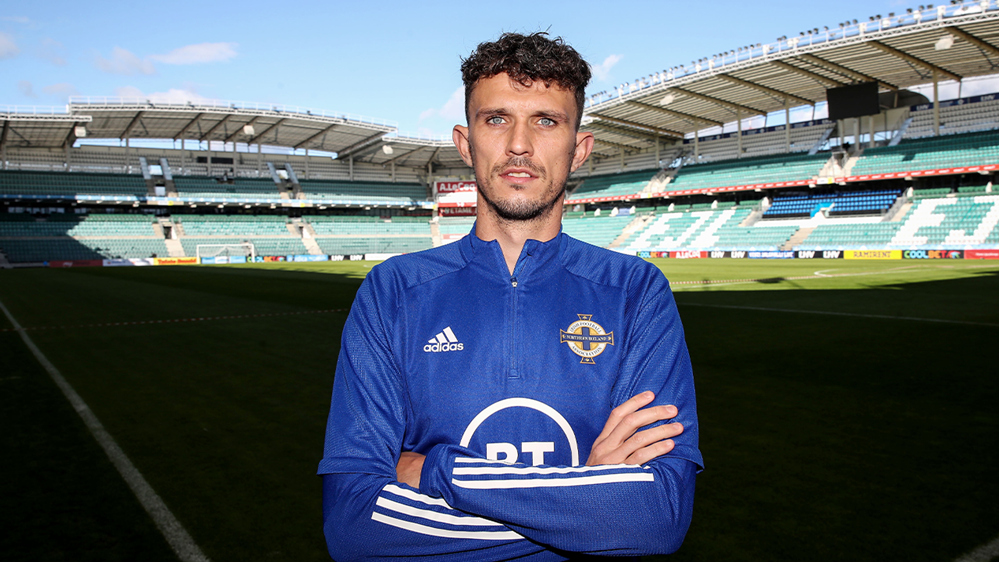 Northern Ireland will be “aiming for a good result” when they play Estonia in a friendly in Tallinn tomorrow, according to Tom Flanagan.

The central defender, who is set to win his 10th cap for his country at the A Le Coq Arena (5pm kick-off, UK time), said the game will provide valuable experience for players who did not feature in the 4-1 World Cup qualifier win over Lithuania on Thursday night.

“These matches can help the younger players learn and are a way to give people experience in international football. We will be aiming for a good result,” he said.

“It’s a great opportunity for the boys who did not play against Lithuania to put their cards on the table,” he added.

The Sunderland defender explained he is delighted to be in the squad again after spending the first half of this year battling his way back to fitness after suffering a couple of injuries.

“It’s good to be back in the fold. I am grateful for the opportunity,” he said.

The 29-year-old further revealed he has noticed a freshness in the Northern Ireland squad with the introduction of younger players to the group.

“The young lads are doing so well, with many of them being successful in their club careers. I am confident this group can stay together and be successful by qualifying for another major tournament,” he added.

Niall McGinn is set to captain his country for a second time - he wore the armband when he won his 50th cap - as he makes his 67th appearance for Northern Ireland in Tallinn.