Experienced quartet return for qualifiers against Switzerland and Bulgaria 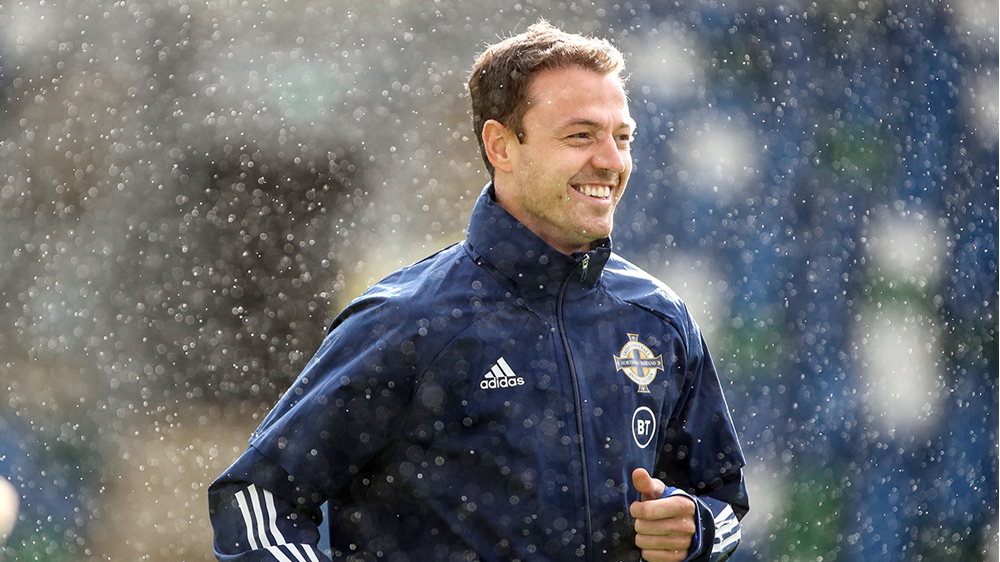 Ian Baraclough has welcomed back a quartet of experienced international players to his panel ahead of next month’s FIFA World Cup Qatar 2022 qualifiers away to Switzerland and Bulgaria.

The Northern Ireland senior men’s team manager will have the Evans brothers – Jonny and Corry – as well as Stuart Dallas and Josh Magennis onboard when he goes in search of points in Geneva and Sofia respectively.

All four were named in the original squad for the games against Lithuania, Estonia and Switzerland earlier this month but had to subsequently withdraw from the panel.

Baraclough has named a 26-strong squad for the game against the Swiss in Stade de Geneve on Saturday 9 October and the match against the Bulgarians in the Natsionalen Stadion Vasil Levski on Tuesday 12 October. 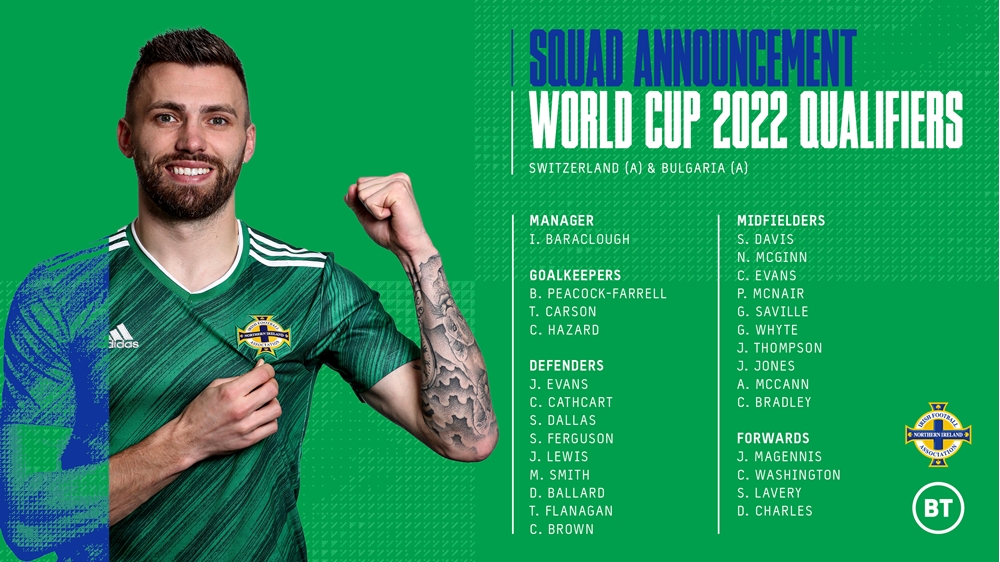 Victories in Geneva and Sofia will be the aim for Baraclough’s boys as they chase the Italians (14 points from six games) at the top of the group. Bulgaria also have five points so far after winning one, drawing two and losing two.

Leicester City defender and Northern Ireland vice captain Jonny Evans, who has more than 90 caps for his country, is available for selection after missing out last time with a foot injury.

His brother Corry, the Sunderland midfielder and captain, has overcome a hamstring injury which kept him out of that triple header, while Hull City striker Josh Magennis has recovered from injury as well.

And Leeds United midfielder Stuart Dallas, who missed the three games for personal reasons, is fit and raring to go, too. Evans and Magennis both have 60-plus caps, while Dallas has 56 under his belt.

Sunderland defender Tom Flanagan, who was a late call-up to the squad for the trip to the Baltics, retains his place, however missing out this time are Anorthosis Famagusta striker Kyle Lafferty, Morecambe midfielder Alfie McCalmont and Motherwell midfielder Liam Donnelly, who were also late additions to the last panel.

And Heart of Midlothian striker Liam Boyce is absent once again for personal reasons.

The Swiss, who are ranked in Europe’s Top 10 national teams and reached the last eight at Euro 2020, are expected to have the influential Granit Xhaka and Xherdan Shaqiri back in their squad along with the pacey Breel Embolo. All three missed the scoreless draw in Belfast earlier this month.

And the Bulgarians, who drew 0-0 with Northern Ireland in Belfast back in March, come in to this international window in fine fettle. They managed a 1-1 draw away to Italy and a 1-0 victory over Lithuania in Group C, and defeated Georgia 4-1 in a friendly, earlier this month.

Northern Ireland squad for World Cup qualifiers away to Switzerland and Bulgaria: