The fixtures for Northern Ireland’s Under-17 men’s team in Euro qualifiers next month have been confirmed.

The Irish Football Association is hosting all matches in Group 12 of the UEFA Under-17 Euros preliminary round. The group features Italy, Scotland and Albania as well as Northern Ireland.

Matchday one will see Gerard Lyttle’s (above) U17 side face Scotland at Mourneview Park in Lurgan on Wednesday 27 October (3pm start) and Italy take on Albania at Shamrock Park in Portadown (7pm kick-off).

Inver Park in Larne is set to host Northern Ireland’s second match in the mini tournament, with Italy providing the opposition on Saturday 30 October (3pm). And on the same day at 7pm the Scots and Albanians will clash at Seaview in Belfast (pictured below). 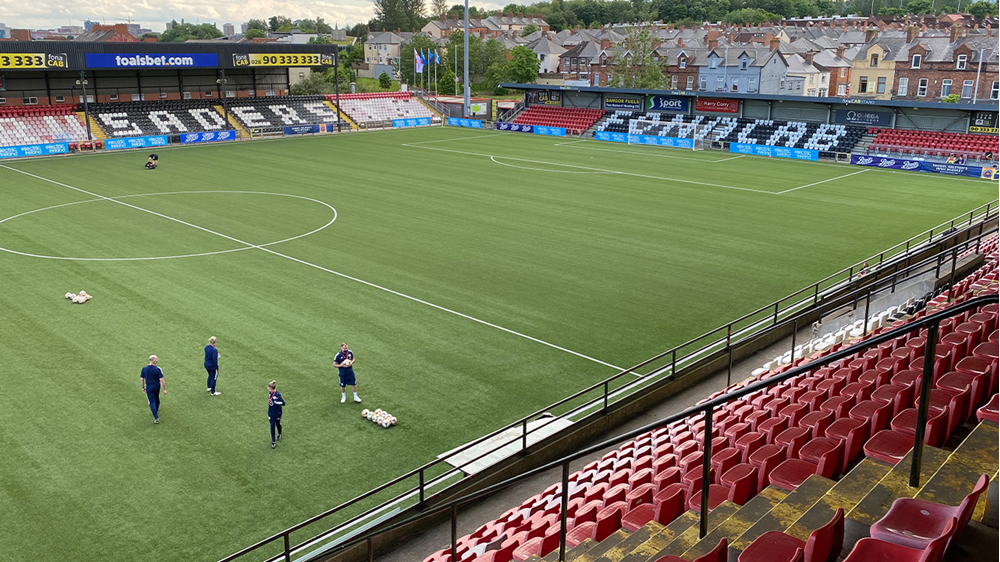 The final matches in the group will be on Tuesday 2 November, with both games starting at 3pm. Northern Ireland are due to play against Albania at The Oval in Belfast and Scotland and Italy are scheduled to meet at Shamrock Park.

Italy are the top seeds in Group 12 and Scotland are the second seeds. Northern Ireland are the third seeds, while Albania are the lowest ranked team.

Gerard Lyttle said his U17 players are looking forward to the challenge of facing Italy, Scotland and Albania.

Their latest preparation match for next month’s mini tournament saw them draw 1-1 away on Tuesday against a Dundalk Select side featuring U19, U18 and U17 players.