The boys in green and white are set to play the Czechs, Denmark and Kazakhstan in a four-team mini tournament (Group 13) in the qualifying round for the next U19 Euros.

Game one is against the Danes at the Stovky stadium in Frydek-Mistek on Wednesday 6 October (2pm start, UK time).

And their final game in Group 13 - against Kazakhstan - is being staged at the Bazaly stadium in Ostrava on Tuesday 12 October (2pm kick-off, UK time).

The squad is along similar lines to the one chosen for two home friendlies against Faroe Islands U19s earlier this month.

Northern Ireland won both of those games 1-0, with Tottenham Hotspur forward Jamie Donley scoring the decisive goal in each game. Donley is, however, not available to travel to the Czech Republic.

Arsenal defender Henry Jeffcott (pictured, below) and Bournemouth goalkeeper Josh Clarke, who were new to the squad for the games against the Faroese, will both be there though. 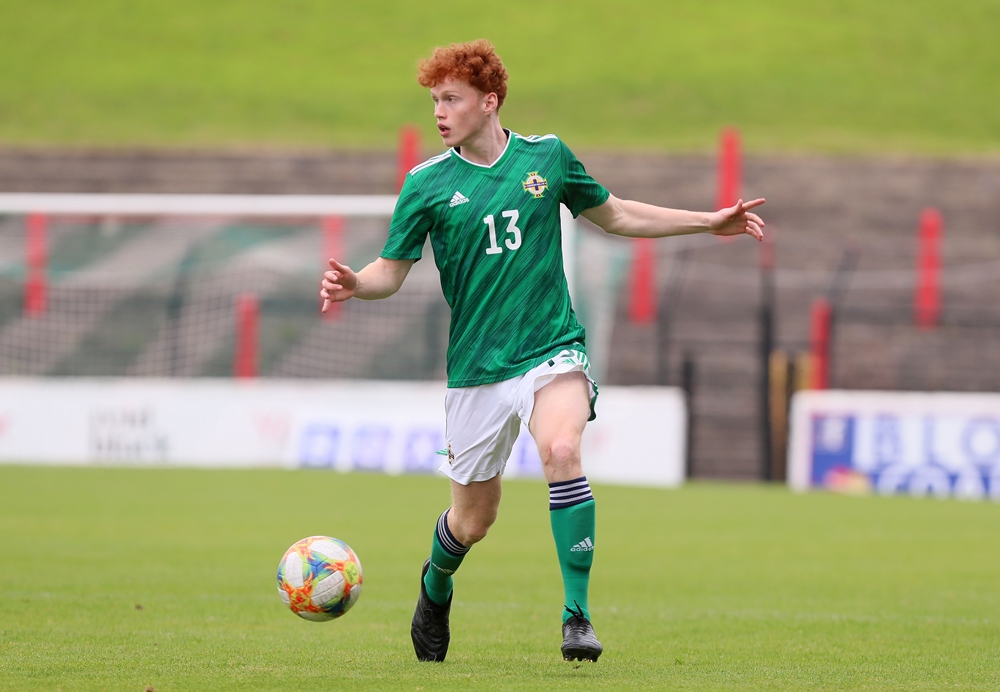 Returning to the fold is Rangers midfielder Charlie Lindsay, while dynamic forward Dale Taylor (Nottingham Forest) is back with the U19s after impressing with the U21s earlier this summer.

The top two in 13 qualifying groups being staged this autumn, plus the third-placed team with the best record against the leading pair in their section, progress to join top seeds Portugal in the elite round, which is due to be played in spring 2022.

From there seven group winners will go through to the finals. Slovakia, who will be hosting the UEFA U19 Euros next summer, qualify directly for the final tournament as hosts.

Northern Ireland squad for U19 Euro 2022 qualifiers in Czech Republic: