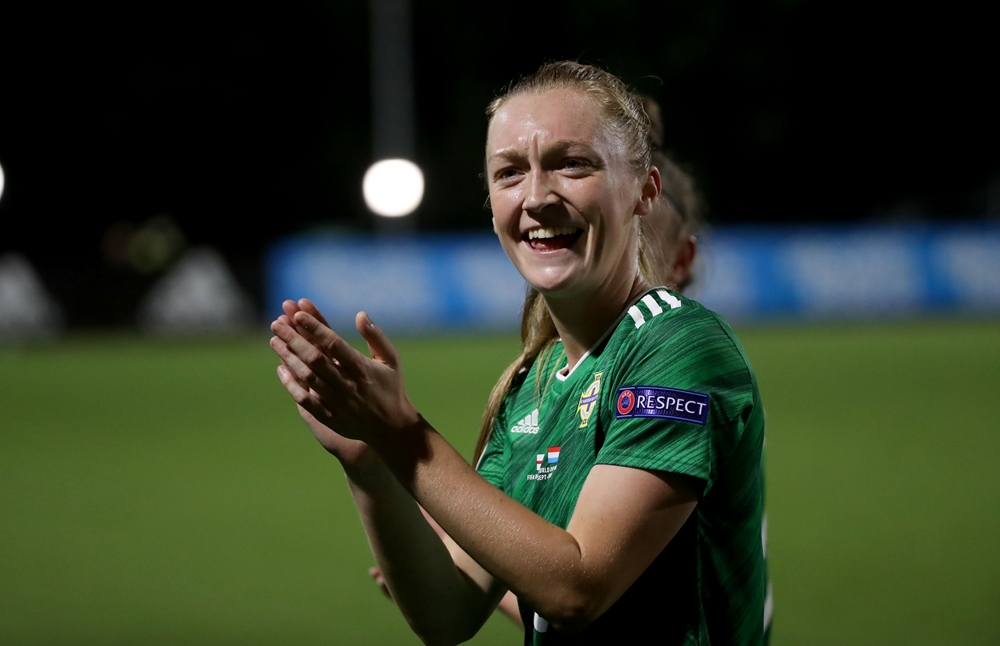 In the first meaningful attack Kirsty McGuinness, who was in top form throughout the game, raced down the left and her cross was pushed away by Luxembourg keeper Lucie Schlime to Emily Wilson who clipped it back into her arms.

Nelson then tried a clever back-heel from a Chloe McCarron cross-cum-shot which was gathered by Schlime.

On 15 minutes Marissa Callaghan opened the scoring. Sarah McFadden headed the ball into the danger zone and Furness just failed to connect with it, however it reached the Northern Ireland captain and she neatly lobbed the keeper. 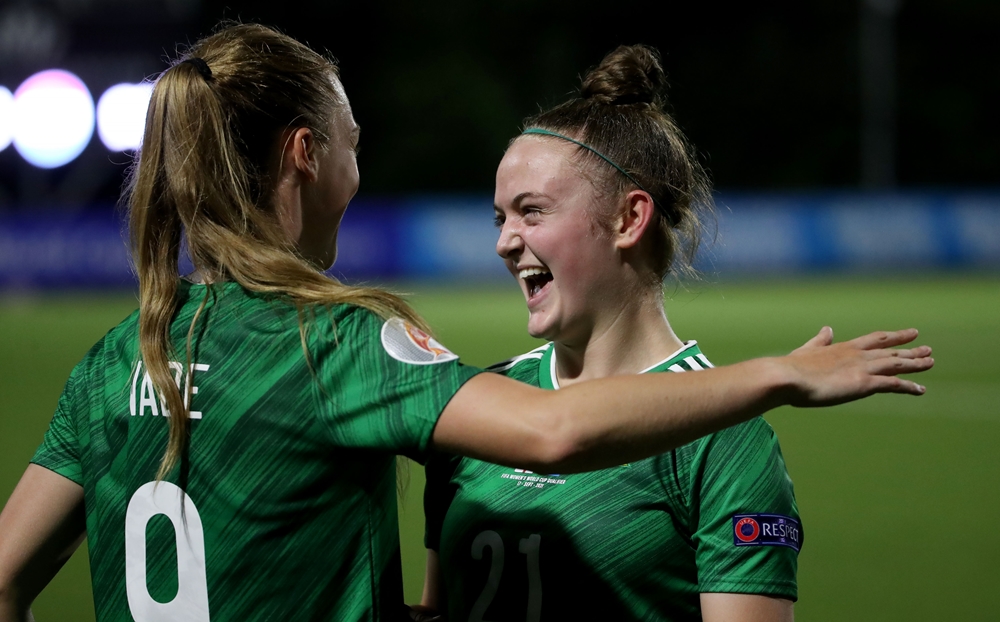 In the 20th minute Northern Ireland keeper Jackie Burns was called into action for the first time when Luxembourg winger Kimberley Dos Santos fired in a shot from 16 yards and it was blocked by Burns.

Northern Ireland extended their lead two minutes later when McGuinness fired in a corner and Furness rose above the visitors’ defence to powerfully head home. It was the attacking midfielder’s 32nd goal for her country.

Moments later, however, Burns had to be on her toes to stop another strike from Dos Santos as she broke free down the left.

In the 32nd minute Lauren Wade fired a great cross into the box but it was cleared by the Luxembourg defence. From the resulting corner Furness headed wide of the target. Then Wade’s effort from distance was grabbed by Schlime.

Schlime saved well from another Furness header, and it was déjà vu a few minutes later when the Luxembourg stopper plucked a Furness header out of the air.

As half-time approached the Luxembourg defence stood firm against a flurry of Northern Ireland efforts on goal. A Callaghan header was saved, a McFadden header was cleared off the line, a Rebecca Holloway shot was blocked, a Wilson shot was cleared off the line and, finally, another McFadden strike was blocked. And that all happened in a single attack.

On 40 minutes Northern Ireland went 3-0 up. Furness struck the post with a free-kick and Wilson was on hand to hammer in the rebound. It was her first senior international goal.

Just after the restart Furness headed over the top once again.

On 51 minutes Northern Ireland were awarded a penalty when a Wilson shot was handled inside the area by Jessica Berscheid, however Furness clipped the spot kick off the base of the post.

Substitute Kerry Beattie fired a shot wide after being set up by McGuinness and McCarron floated a free-kick into the area that was headed over by McFadden.

A sweeping move down the left resulted in Northern Ireland’s fourth on 69 minutes. Eventually a Beattie shot was blocked and the ball fell to Lauren Wade who smashed it into the net. 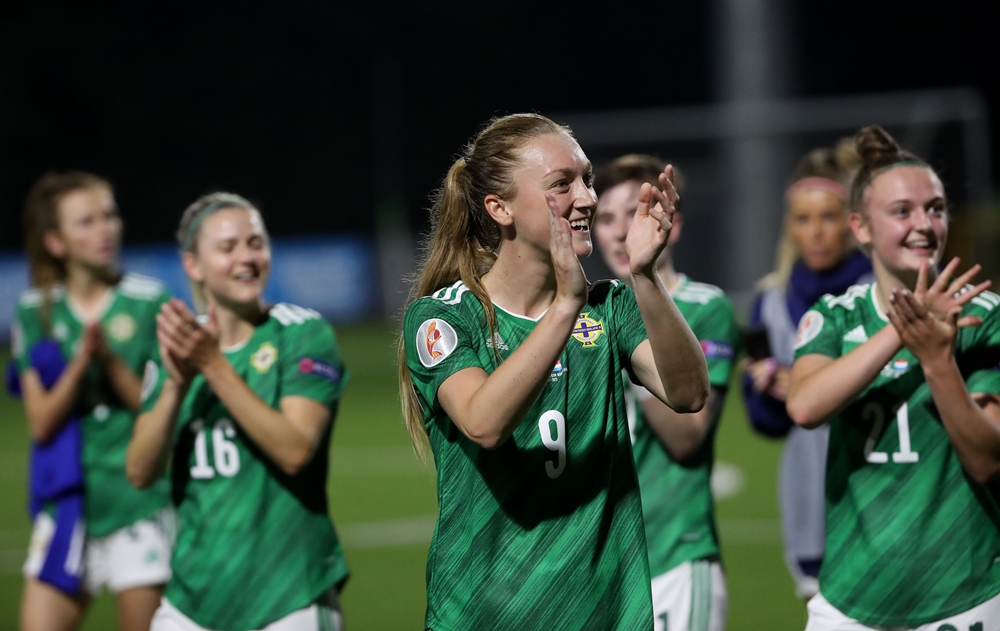 Another decent delivery from McGuinness was met at the back post by Wade but she steered her shot into the side netting.

In the 82nd minute McGuinness, who was fed by substitute Louise McDaniel, unleashed a superb shot which cannoned off the bar.

Northern Ireland continued to push forward, however they had to settle for the four goals.