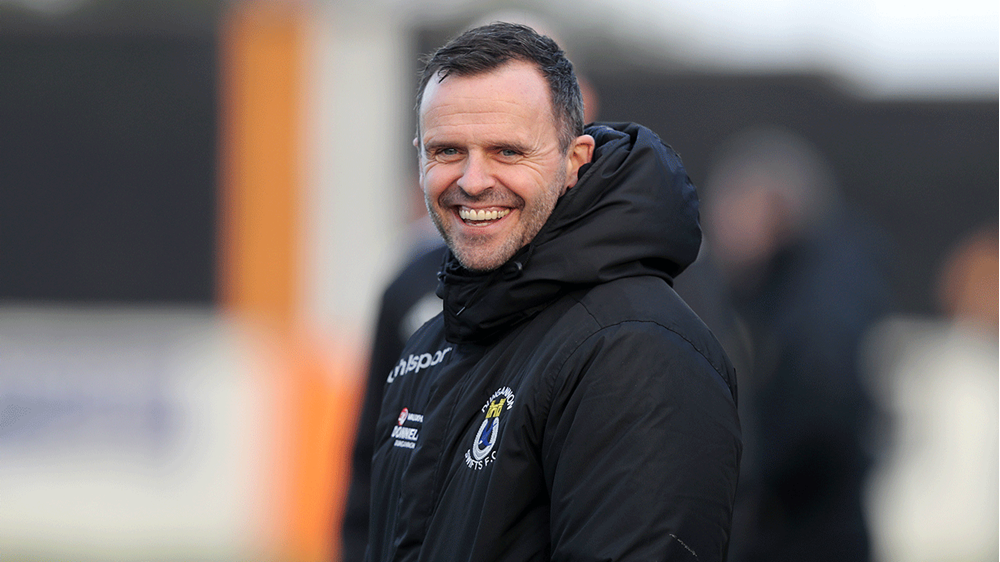 Dungannon Swifts boss Rodney McAree believes all the pressure will be on Linfield when the teams meet in the Tennent’s Irish Cup semi-final this weekend.

“There’s no doubt we are massive underdogs but that means there will be less pressure on us and the boys can play with freedom. The pressure is definitely on Linfield,” he said.

McAree has a full squad to choose from ahead of the game at Mourneview Park in Lurgan this Saturday (3pm kick-off).

He said: “We will be playing at a good ground and it should be a fantastic day out. I don’t believe the game will faze our players and I think they will rise to the occasion.”

He also revealed there is “a good interest” around Dungannon in the team’s Tennent’s Irish Cup semi-final appearance and he is expecting to hear plenty of vocal encouragement in Lurgan.

“We don’t have the biggest support but we have a good band of loyal fans. There will be a lot more Linfield fans at the game but our fans will make themselves heard,” he promised.

The Swifts boss is hoping prolific striker Andrew Mitchell will be on fire again come Saturday. The forward has netted 22 times this term, including two against Cliftonville in the league earlier this month.

“He has had lots of good days this season and I hope he has another one left for the cup semi-final,” he quipped.