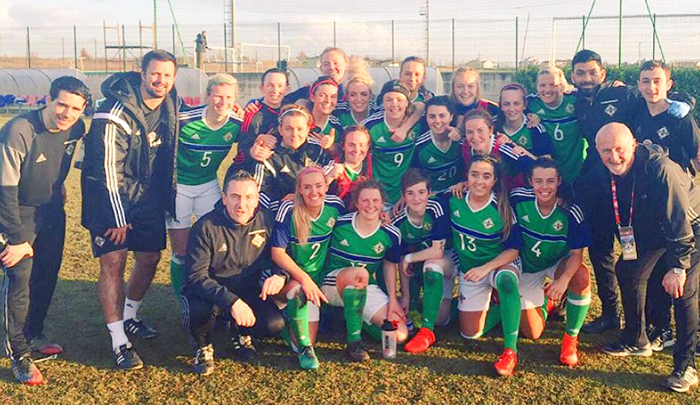 Alfie Wylie’s side bossed their opponents from the very start. Simone Magill scored a first half hattrick, with captain Marissa Callaghan and Avila Bergin (penalty) also on target to give the girls a 5-0 lead going into the break.

Ciara Sherwood made it 6-0 early in the second half before Simone Magill scored her fourth to make it 7-0.

Caragh Milligan rounded off the scoring to secure an 8-0 win, which sees the team sitting on four points from their opening two matches.