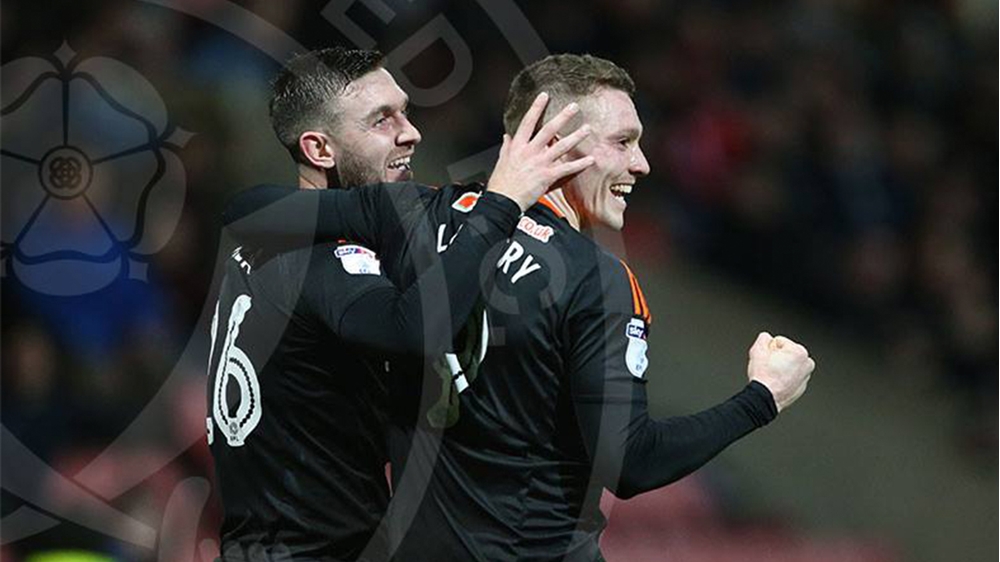 Striker Caolan Lavery slotted home his fourth goal of the season as Sheffield United maintained their eight-point lead at the top of League One with a 4-2 victory at Swindon Town last night.

The former Northern Ireland under-21 forward, who was making his first league start for the Blades since 7 January, also weighed in with an assist for United’s second goal before being substituted by manager Chris Wilder on 57 minutes.

Wilder said: “We withdrew Caolan as a precaution after he started to get a tightness at the top of his hamstring.

“We didn’t want to take any chances with that, but it’s nothing serious. Caolan will be okay.”

Meanwhile, Conor McLaughlin’s Fleetwood Town bounced back from their first defeat in four months at the weekend to stay in second spot behind United following a single goal success at Walsall.

Conor’s younger brother Ryan was also celebrating three points after his cross set up Oldham Athletic’s winner in the 2-1 home win against Oxford United to lift them five points clear of the relegation zone in League One.

Elsewhere in the division, Charlton Athletic striker Josh Magennis had to sit out the Addicks’ home draw with Bradford City after failing to recover from a hamstring problem.

Also in League One Northampton Town defender David Buchanan played his 100th consecutive game for the club on Tuesday evening as the Cobblers recorded a 2-1 home victory over Port Vale.

The 30-year-old, who was capped 15 times by Northern Ireland at under-21 level, joined Northampton Town from Preston North End at the start of last season and has started every game since.

“It is a very proud moment,” Buchanan told BBC Radio Northampton. “This is a short career and I want to get as many appearances as I can. As long as I’m fit I want to be selected.”

Northampton Town manager Justin Edinburgh added: “The way he conducts himself, the way he trains and looks after himself is a great example to any young player.”

Finally, in League Two, Billy Kee ended his four-game drought when he opened the scoring for Accrington Stanley who eventually went on to defeat bottom of the table Leyton Orient 5-0.