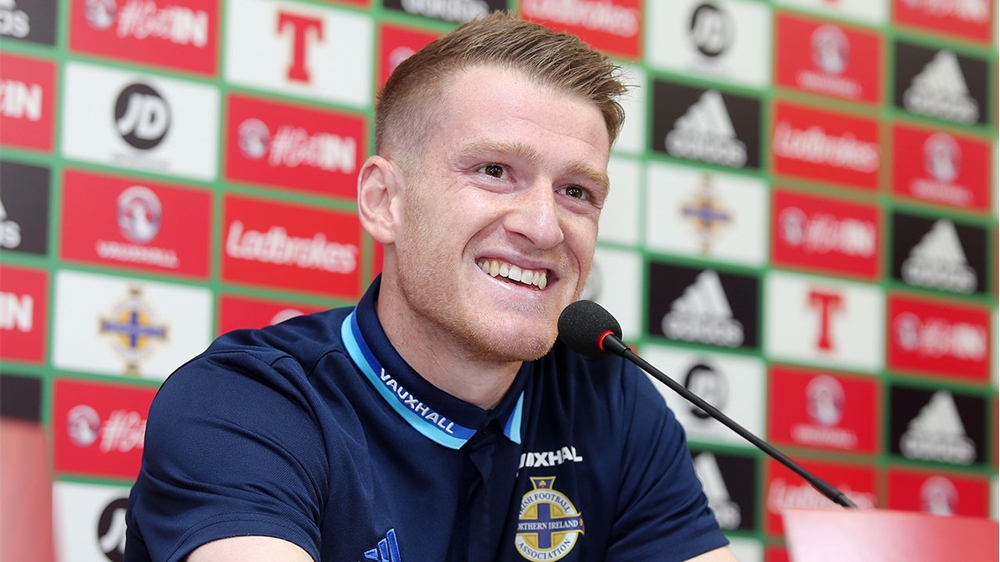 Michael O'Neill's side currently sit second in Group C and welcome the Norwegians to the National Football Stadium at Windsor Park.

On their start to the qualifying campaign, Davis said: "Coming off the back of the Euros it was important to get off to a good start and we've managed to do that. We have another difficult game ahead of us but it's a chance to strengthen our position in the group."

Although Northern Ireland have netted eight goals in two qualifiers in Belfast to date, Davis expects a different proposition tomorrow night. He said: "I think it will be a very tough game for us.

"I think it is great we have raised expectations over the last 18 to 24 months but there is still a realism in the team that we have to be at our best to go out and get results consistently.

"It's always nice to be back here playing under the lights here in front of our own fans and I'm sure they'll give us the backing as they always do."

To hear more from Steven Davis watch the video above.