Co Down side grab a spot in last four 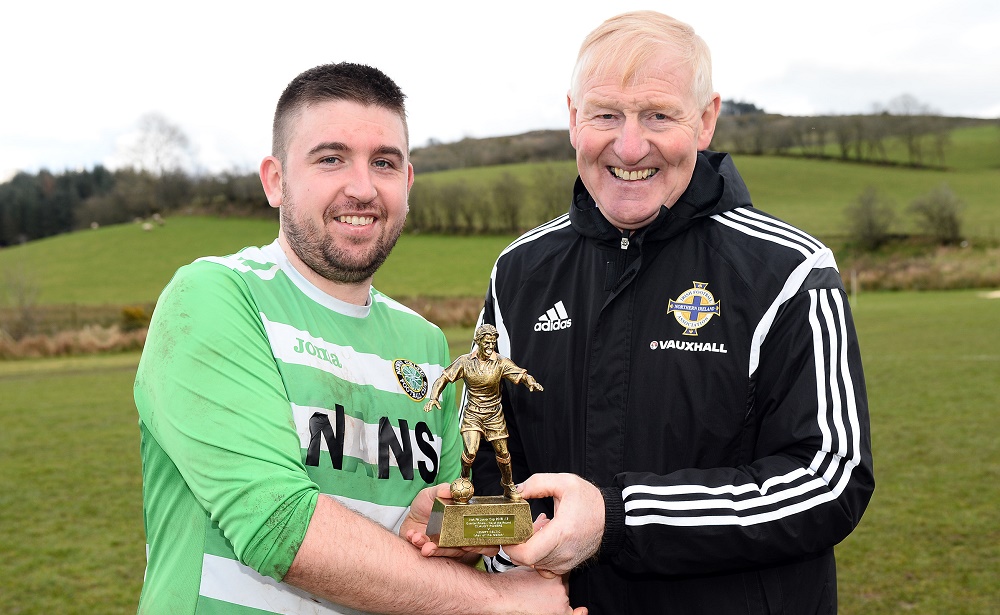 Stephen Daly bagged the winner for Newry Celtic as they made the long journey north to defeat Claudy Rovers in the IFA Junior Cup quarter-final tie of the round.

Although played on a very soft pitch that didn't lend itself to neat football both teams tried to make a game of it, although the ball did seem to spend more time in the air than on the ground.

The visitors moved in front after 18 minutes through Stephen Wylie with a shot from inside the box which found its way into the net through a crowd of players.

Both teams stepped up the momentum as the first half progressed and Claudy got their reward six minutes from the break when Colm McCloskey found space inside the area to unleash a shot that Newry 'keeper Barry McParland initially saved only to see McCloskey tuck away the follow-up.

The tempo continued to pick up moving into the second half but despite a number of chances neither side possessed that crucial cutting edge in front of goal.

Newry were handed a gilt-edged opportunity just a couple of minutes from the end when they were awarded a penalty following a foul just inside the area but Stephen Daly saw his spot-kick saved by Claudy keeper Kieran Reilly while Bryan Magill was unable to knock home the follow-up.

However, Daly redeemed himself in extra time with what proved to be the match winner with an effort from just inside the box which left Reilly rooted to the spot.

Claudy threw caution to the wind in the second period of extra time but the Celtic defence held firm to secure their place in the semi-finals.

Caption: Stephen Daly is presented with his man of the match trophy by Jackie Morrison of the Irish FA Junior Committee (Picture: Gary Hancock)