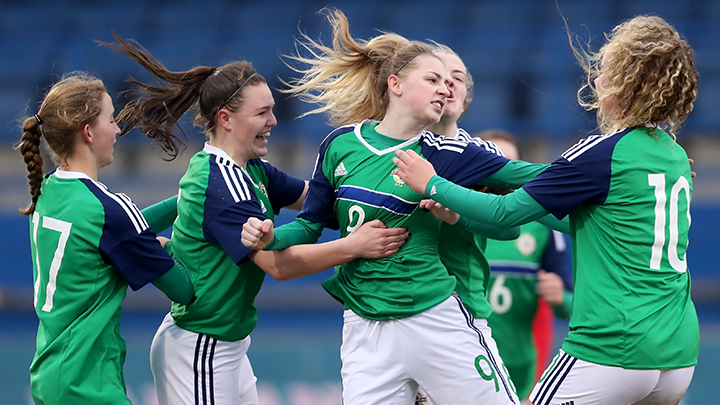 Northern Ireland U19 Women are set to face Republic of Ireland in an international challenge match in Armagh on Wednesday (KO 4pm).

The match will be played at Holm Park and is being sponsored by Armagh City, Banbridge and Craigavon District Council.

Northern Ireland National Women’s Manager Alfie Wylie said: “This match is a great opportunity for our local-based players to get important game time as we continue our preparations for the UEFA U19 Championships in August.

“Republic of Ireland will prove to be a good test for us as they’re a strong team who are favourites to win their qualifying group ahead of the finals.”

Lurgan’s Mourneview Park and Portadown’s Shamrock Park are among the four venues being used during the UEFA Women’s U19 Championship this summer.

Alfie Wylie added: “I’m delighted with the sponsorship from Armagh City, Banbridge and Craigavon District Council, and their continued support is greatly appreciated.”

Admission to the match is free of charge.