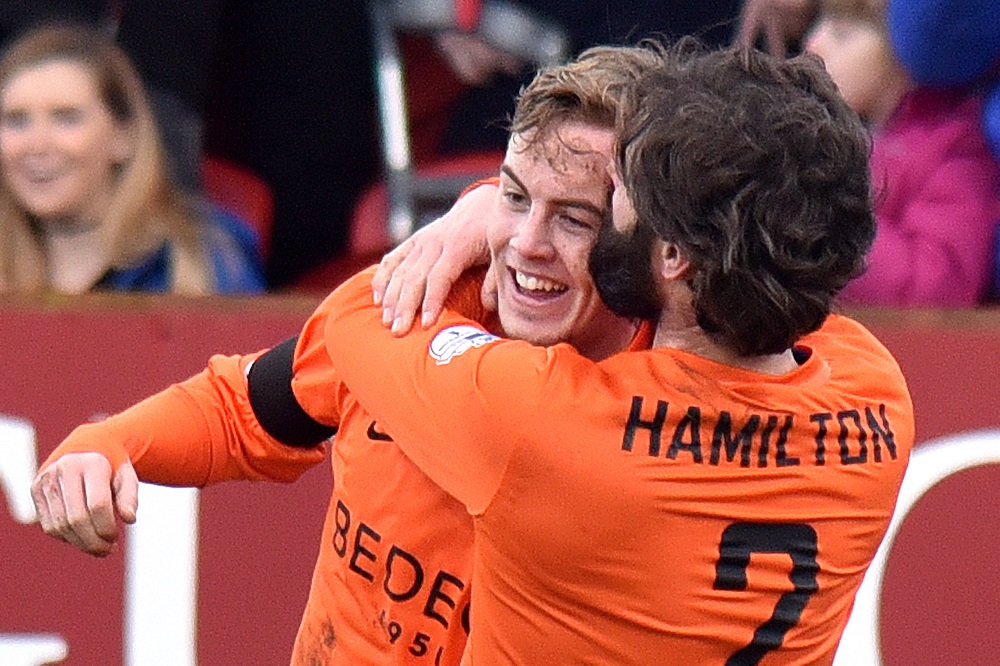 Holders Glenavon continued their defence of the Tennent's Irish Cup with a five-goal thumping of Mid-Ulster neighbours Portadown at Shamrock Park.

Gary Hamilton's side will be joined in the last four by Linfield, losing finalists last season, Coleraine and Dungannon Swifts.

Here's how the afternoon unfolded:-

BALLYMENA UNITED 0
COLERAINE 4 (McGonigle 12 & 71, Bradley 45+1 & 54)
The Bannsiders moved in front after 12 minutes when Jamie McGonigle found the net at the second attempt after Kyle Owens had blocked his initial effort.

They might have doubled their advantage on 39 minutes when Caolan Loughran upended Eoin Bradley inside the area but Darren McCauley's subsequent spot-kick was saved by 'keeper Ross Glendinning.

However, Oran Kearney's side did add to their lead in first half stoppage time when Bradley dinked the ball over Glendinning.

And it was 3-0 on 54 minutes after Brad Lyons floated a cross over from the right flank but Glendinning could only drop the ball at the feet of Bradley who duly doubled his tally.

McGonigle then completed the scoring for the rampant Bannsiders on 71 minutes with a first time finish from Ciaron Harkin's right-sided cross.

CRUSADERS 0
LINFIELD 2 (Lowry 74p, Quinn 90)
The Crues might have gone in front just before the half-hour mark through Craig McClean but his rasping effort went just the wrong side of the top corner.

At the other end Jimmy Callacher's volley was cleared off the line while, on the stroke of half-time, Stephen Lowry went close with a looping header from a Paul Smyth delivery.

Gavin Whyte almost handed the Crues the advantage early in the second half only to be superbly denied by a fingertip save from Roy Carroll.

Stephen Baxter's side did have the ball in the net on 73 minutes but Jordan Owens' finish was disallowed after referee Raymond Hetherington spotted a foul on Carroll.

The deadlock was broken with a quarter-of-an-hour remaining when Lowry converted from the spot after Billy Joe Burns upended Smyth as he burst into the area.

And Linfield made sure of their semi-final spot right at the end after Jamie Mulgrew provided the decisive ball for Niall Quinn to tuck home.

DUNGANNON SWIFTS 2 (Dane og 73, Wilson 94)
WARRENPOINT TOWN 1 (Traynor 54)
The Swifts were on top throughout the first half, with Jamie Glackin going close on a couple of occasions while Cormac Burke failed to beat Johnny Parr one-on-one.

But despite this they failed to find that cutting edge in front of goal which was to prove costly early in the second half when Aaron Traynor edged 'Point in front after directing a downward header into the net at the near post from Ruairi Croskery's free-kick.

However, Rodney McAree's side levelled on 73 minutes in somewhat fortunate circumstances when Paul McElroy's corner was turned into his own net by Jordan Dane.

Then, early into extra-time, Douglas Wilson fired the Swifts into the lead for the first time with a stunning 30-yard drive.

And it was almost 3-1 during the opening moments of the second period when Andrew Mitchell was denied only by a scrambled Parr save.

PORTADOWN 0
GLENAVON 5 (Martyn 41, Cooper 60 & 68, Singleton 78, Sykes 81)
Adam Foley came close during a bright start for the Ports with a looping header which clipped the top of the bar while Marcio Soares did find the net but his 'goal' was disallowed for offside.

A similar fate befell a Guy Bates point blank header at the other end before, a short time later, Greg Moorhouse failed to convert from the spot when his tame spot-kick was saved by 'keeper Jack Duffin.

Moorhouse almost redeemed himself eight minutes from the break when, after a mazy run from Joel Cooper, he crashed the ball off the underside of the bar.

Glenavon finally found a way through on 41 minutes courtesy of a Ciaran Martyn finish with the outside of his boot after connecting with a James Singleton cross.

It was 2-0 on the hour when Cooper collected the ball on the edge of the area before twisting and turning to squeeze a finish through Duffin's legs.

Cooper then doubled his tally eight minutes after that with a far post volley from Bates' cross.

The scoring continued on 78 minutes when Singleton tucked the ball into the net after Gary Hamilton's free-kick was played across the face of goal by Mark Sykes.

And Sykes completed Glenavon's victory with nine minutes remaining with a looping header from the edge of the six-yard box. 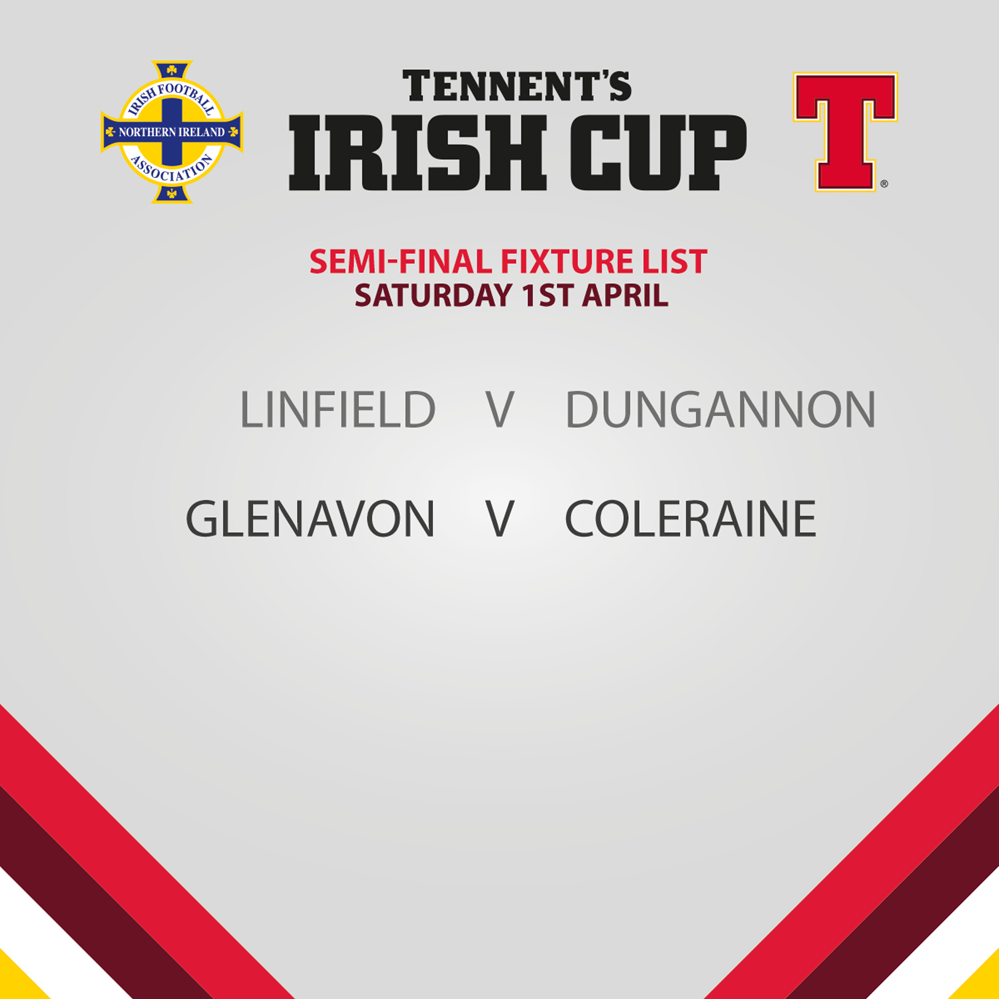 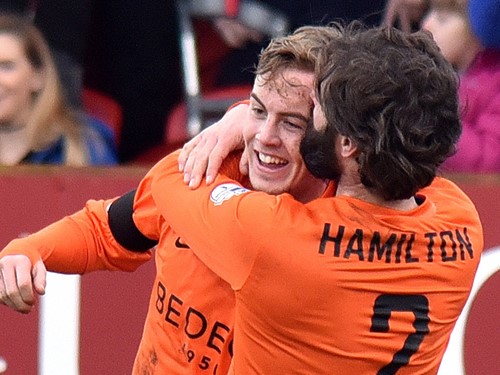 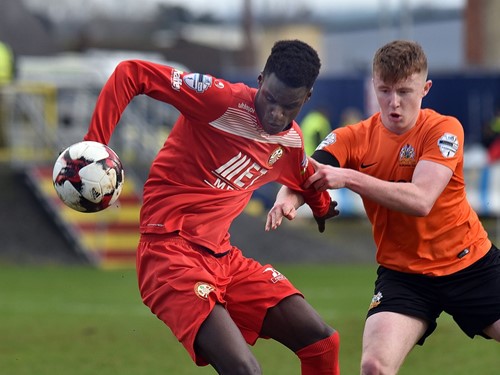 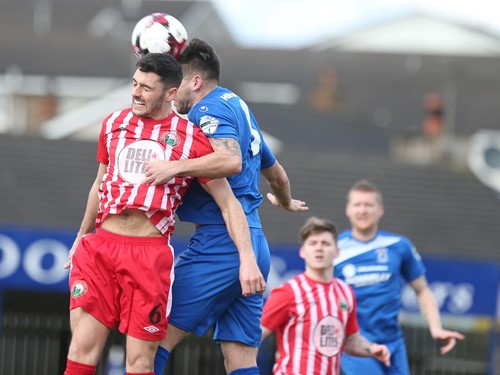 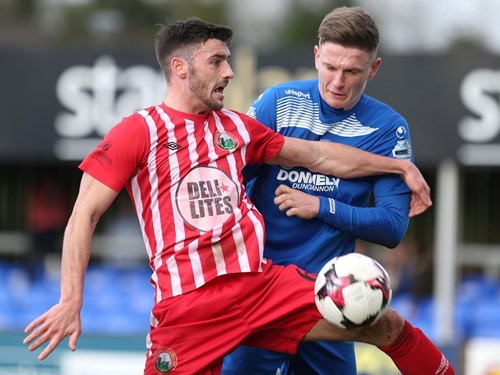 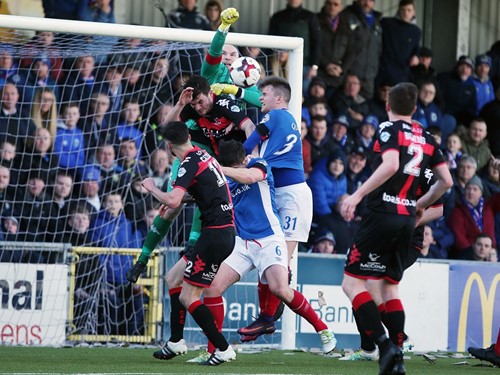 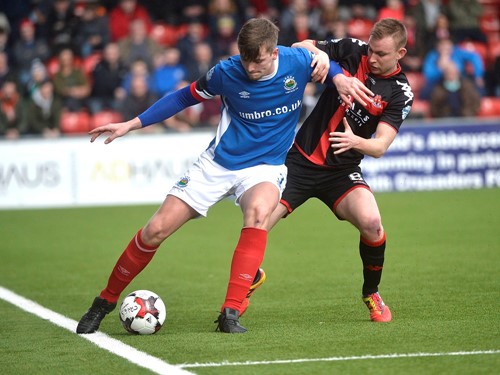 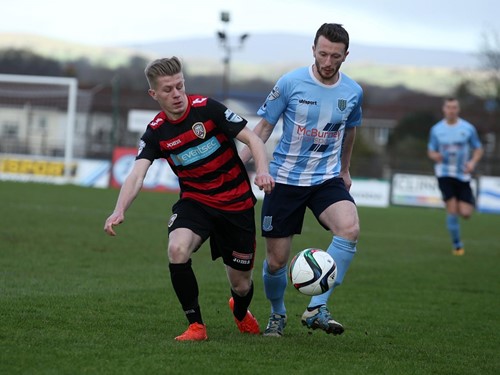 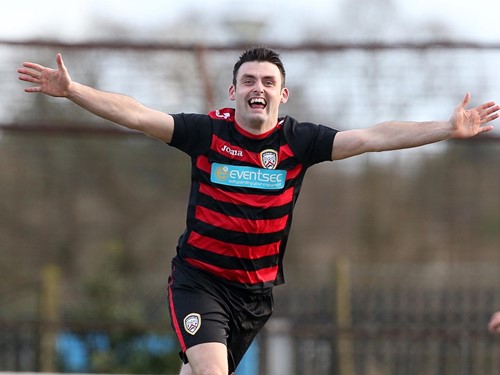