Northern Ireland defender on target for the Blades 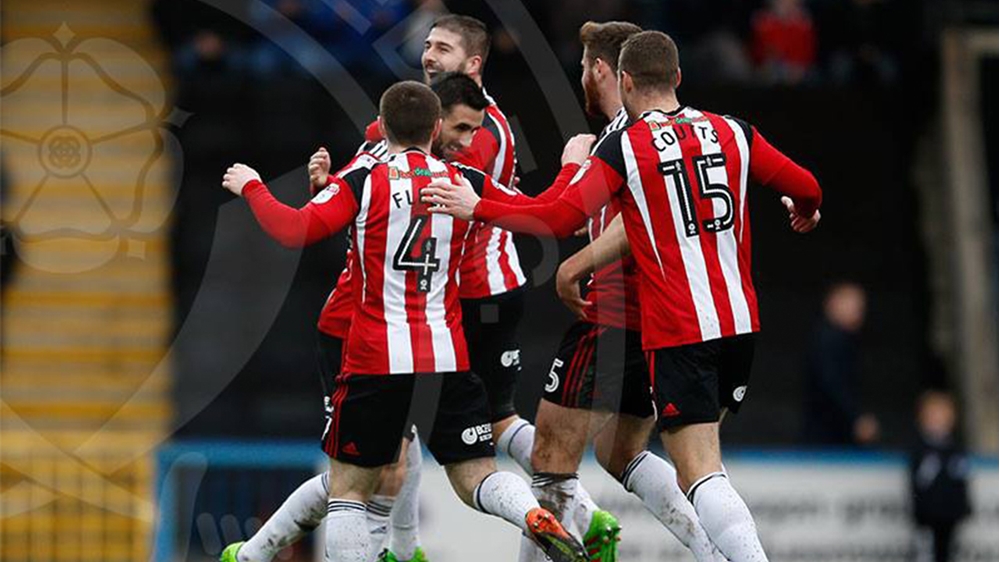 Daniel Lafferty hit a 30-yard screamer as Sheffield United stayed top of League One after picking up a point in a 3-3 draw at Rochdale at the weekend.

The Northern Ireland defender, who joined the Yorkshire outfit on a permanent basis from Burnley back in January, may have powered home his second goal of the season for the Blades on Saturday but he was still frustrated at only picking up a point at mid-table Rochdale.

The former Derry City left-back said: “We’re all disappointed in there because we knew we were below average, but credit to Rochdale they were better than us in most aspects and they’re a good team.

“They should be there or thereabouts regarding the play-offs, I think.”

“It was nice to get on the scoresheet though and it was a good goal to score,” he added. “I’ll probably have it on repeat when I get home.”

Also finding the net in that game was Rochdale midfielder Matthew Lund who was making his first appearance for the club after missing the last two months with a knee injury.

The 26-year-old, who made his full international debut for Northern Ireland in the friendly defeat to Croatia last November, set up Dale’s first goal on 20 minutes and then scored his eighth of the season at the start of the second half.

Also in League One midfielder Ben Reeves took his tally for the campaign to seven when he scored a consolation for MK Dons who lost 2-1 at Millwall whose opening goal was set up by Northern Ireland winger Shane Ferguson.

“We probably deserved to get something out of the game,” declared Reeves, a former Southampton trainee. “We had quite a few chances but despite putting in a good performance it just wasn’t to be our day.”

Elsewhere, Newry-born Shay McCartan made it three goals in his last five outings when he scored a sublime free-kick to give Accrington Stanley a vital 1-0 success over Barnet in League Two.

“Shay took his goal very well,” said Stanley boss John Coleman. “We spoke to Shay earlier in the season about his free-kicks and the one thing we said to him was that if you believe in yourself they will go in.

“He was going through a horrendous run where he was putting them over the bar and out of the ground, but that’s the fine line when you take free-kicks like that. You risk making a fool of yourself or being a hero.

“But you have to have confidence and believe in yourself and thankfully today for Shay it paid off.”

Meanwhile, in the National Conference, former Northern Ireland under-19 international midfielder Ben McKenna scored for bottom of the table Southport who lost 4-2 at Maidstone United.

Finally, in the Scottish Cup, Niall McGinn’s Aberdeen defeated Partick Thistle 1-0 yesterday to set up a semi-final clash with holders Hibernian while Rangers defender Lee Hodson can look forward to a mouth-watering tie with Old Firm rivals Celtic after they thrashed Hamilton 6-0 on Saturday.