Powerchair football gives youth his chance to play the game 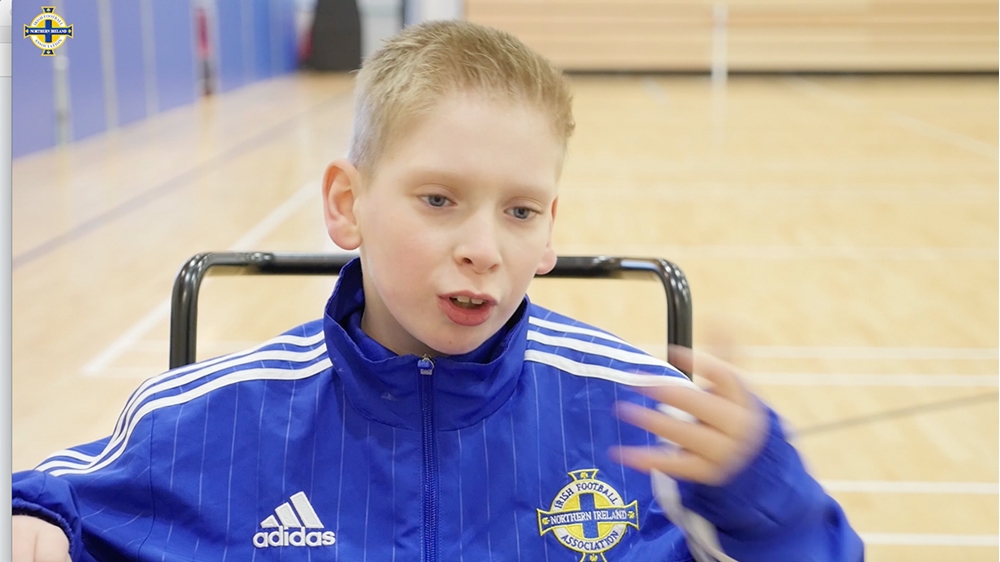 Kingston Bryers, a young Powerchair footballer, has described his joy at being able to play the sport he loves.

Kingston plays for Lightning Powerchair Football Club who are based at the Lisburn Leisureplex and his dad Colin Bryers shared his son's story.

He said: "Kingston went to watch local football and is a supporter of local team Rectory Rangers but he wanted to actually play himself.

"So we got in contact with Alan Crooks at the Irish FA and he mentioned there were two teams, Trailblazers and Lightning. He went to Lightning as it is closer to where we live. He hasn't looked back since."

It's not just the physical benefits of the game Mr Bryers is thankful for. He is also pleased at how his son has changed thanks to being part of the local team.

He said: "It brought Kingston out of himself, being able to interact with people. He is able to play and be a part of a team and it helped him come along so much and even develop as a person.

"It's fantastic to see him express himself as he wanted to play football so much. He loves to score goals so it's unbelievable to watch him play."

And Kingston himself definitely has no doubts about whether he enjoys Powerchair football or not. He said: "I love scoring goals and making new friends. It's good fun.

"If you have a disability, and you want to play football, Powerchair football is good for you and you can do anything. It's more fun as you can do spins."

Away from the spins, Colin Bryers believes the feeling he gets when watching his son should be enjoyed by others too.

He said: "If your child is interested in football bring them along. To get them out of the house, meet new friends, the experience of it all is positive for the kids.

''It makes a big difference to participate and feel a part of something. You will see a change if they do take it up. It's very positive."

If you would like to know more about Powerchair football in your area please contact the Irish FA's Development Manager of Disability Football, Alan Crooks, at alan.crooks@irishfa.com.

You can also visit our Disability Football section on the website here.