Countdown on for 26 March match 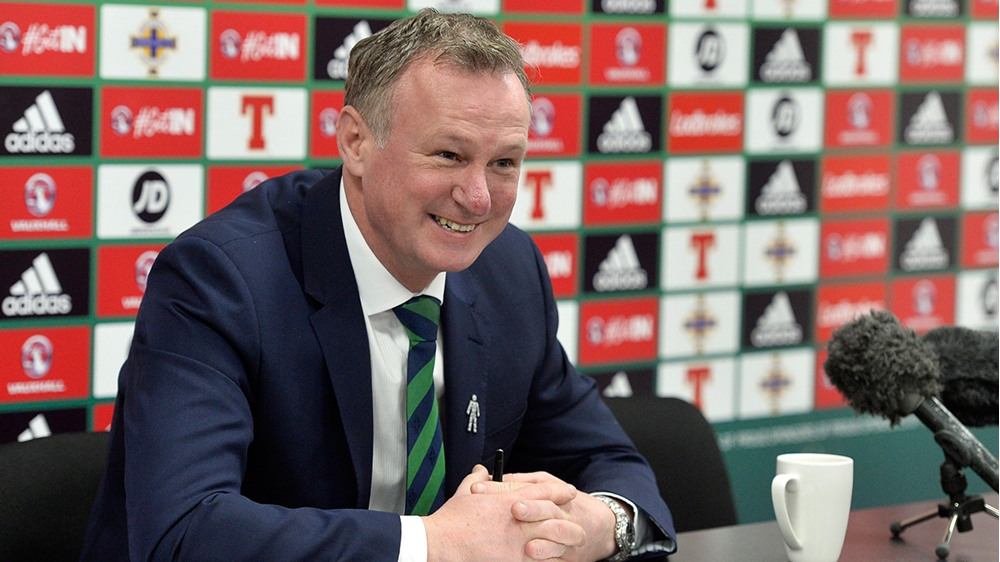 Craig Cathcart, Liam Boyce, Roy Carroll and Ryan McLaughlin have all been named in Michael O’Neill’s 24-man squad for this month’s crucial FIFA World Cup qualifying match with Norway on 26th March at the National Football Stadium at Windsor Park (kick off 19:45).

The quartet return having missed the games against Azerbaijan and Croatia in the Autumn.

There is no place for Will Grigg who has suffered a knee injury at his club Wigan, while Millwall midfielder Shane Ferguson misses the game through suspension (two bookings).

Paddy McNair is also out having ruptured his ACL before Christmas while playing for Sunderland. Goalkeeper Trevor Carson is absent having had shoulder surgery in January.

However, Corry Evans is included having recovered from a groin injury that has kept him out for his club Blackburn Rovers for the past two months.

After four matches Northern Ireland are second in Group C having won two, drawn one and lost narrowly to World Champions, Germany, in Hannover. 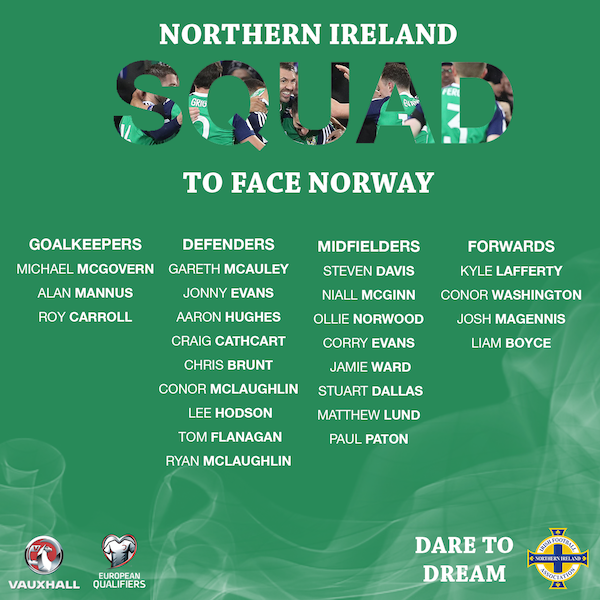