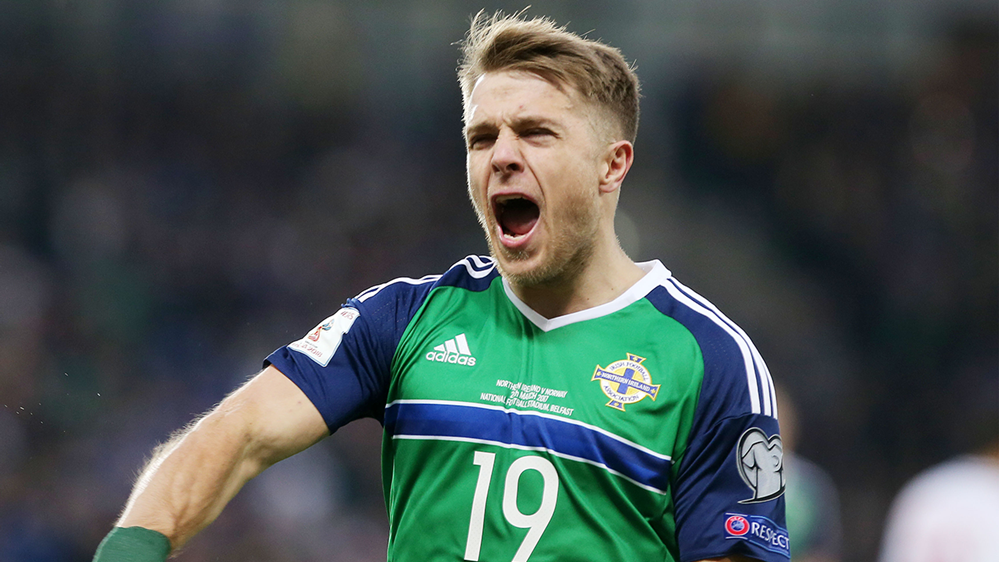 Jamie Ward scored in the opening minutes to set Northern Ireland on their way to victory against Norway.

Ward turned inside the box and netted into the bottom corner to give Northern Ireland an early lead as they ran out 2-0 winners in their FIFA World Cup qualifier in Belfast.

When asked if he had scored a quicker goal in his career, he said: "Never. It was nice to score early and get us on the board early. It was a great start to the game for us.

"The goal put us in charge and we knew they would have to go for it at some point which would leave gaps in their side. Luckily enough we got the second goal and saw the game out really well."

The 2-0 win means it's 10 goals in three home qualifiers and confidence is high, according to Ward.

He said: "There's an awful lot of confidence. Everyone can see we are confident. We are confident on the pitch and confident in the job the staff are doing so it's a great start to the campaign."

To hear more watch the video above.