Train for your Futsal Referee qualification 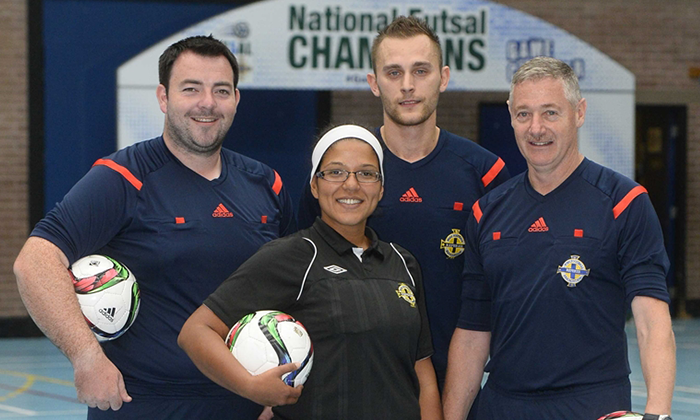 Would you like to be involved with one of the fastest growing sports in Northern Ireland?

Futsal is growing rapidly within the Irish FA, and with the increased amount of games comes an increase in demand for referees at all levels.  The Irish FA have developed two separate referee course for the different levels of Futsal games currently being played.

The Futsal Referee Certificate is a short course covering the basis Laws of the Game for Futsal. The course is approximately 4 hours in length and is run offering one evening at different venues throughout Northern Ireland.

The Irish FA have also developed the Futsal Referees course which is a comprehensive look at the Futsal Laws of the Game.  The Futsal Referee course compromises a mixture of online modules, classroom based activities and a practical module.

The classroom and practical element of the course is run over two separate evenings in venues throughout Northern Ireland. Upon completion of the course you will be eligible to referee in the youth and senior men’s/women’s leagues which are appointed by the Irish FA.  The cost of the course is £40. 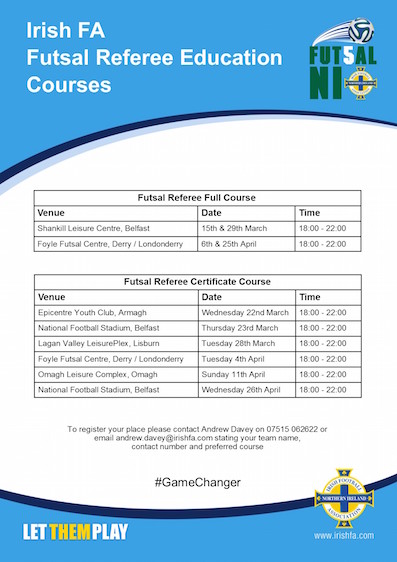