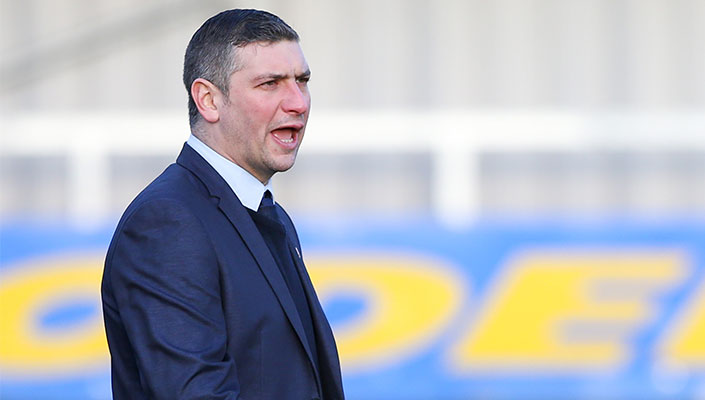 Warrenpoint Town FC manager Matthew Tipton has told his players to dream as they face Premiership side Dungannon Swifts in the Tennent's Irish Cup Quarter Finals.

Warrenpoint may be the lowest ranked side left in the competition but are having a season to remember.

They sit top of the Championship table by fifteen points and have already lifted silverware after beating Armagh City in the Mid Ulster Cup final.

But focus this weekend is all on progression in the Tennent's Irish Cup, Tipton said: "It would mean everything, that's the dream. That's the target now, can we get through to the next round.

"When we came in the fifth round it was can we get past Ballinamallard. When we drew Crewe United it was can we get to the Quarter Final stage. Now there are eight teams left, everyone is dreaming of the day in May when they could lift the trophy."

To hear more from Tipton and captain Liam Bagnall, watch the video above.