Linfield and Dungannon set to clash in Irish Cup semi-final 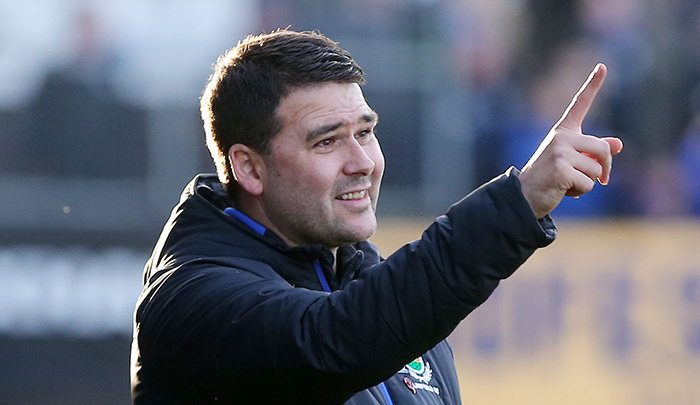 David Healy does not agree with Dungannon Swifts boss Rodney McAree’s assertion that the Tyrone side are massive underdogs going into this weekend’s Tennent’s Irish Cup semi.

The Linfield manager revealed his side are looking forward to taking on the Swifts at Mourneview Park in Lurgan on Saturday (3pm kick-off).

But he stressed he is “not buying” Rodney McAree’s claims that Dungannon are huge underdogs going into the last four game against the big guns from Belfast.

“That doesn’t wear with me nor does it wear with my players. With the players they have I am not buying it. Dungannon are more than capable of winning the game,” said Healy.

The Linfield boss is pleased with his team’s recent performances and especially the way they came from behind against Ballinamallard United in the league last weekend to grab another valuable three points; a Stephen Lowry wonder strike late on secured a 2-1 victory in Fermanagh.

“I was delighted with the way we won the match. The players kept banging the door down when we went behind and we got our reward,” he said.

The Linfield manager is not making any bold predictions about Saturday’s Irish Cup semi-final but he did point out: “If we are solid and organised we are more than capable of beating Dungannon.”