Dungannon come from behind to beat Warrenpoint 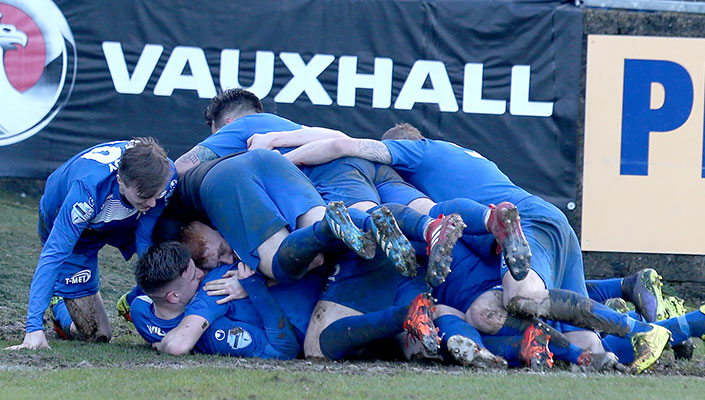 Dougie Wilson's effort from distance just three minutes into extra time broke Warrenpoint hearts after they initially took the lead early in the second half thanks to a header from Aaron Traynor.

Wilson was given time to shoot but the midfielder only took the shot due to a shout from his team-mate, he said: "I was actually looking for a pass behind me until someone said shoot so I thought I would have a go and it went in."

And on how important the victory is to the players and facing Linfield next, Wilson said: "The changing room is buzzing, its massive for the town, the club, for everyone. So we are grateful to get there.

"It doesn't matter who we got next. It will always be a tough game and we will try to get to an Irish Cup final."

To watch back Wilson's winner, watch the video above.