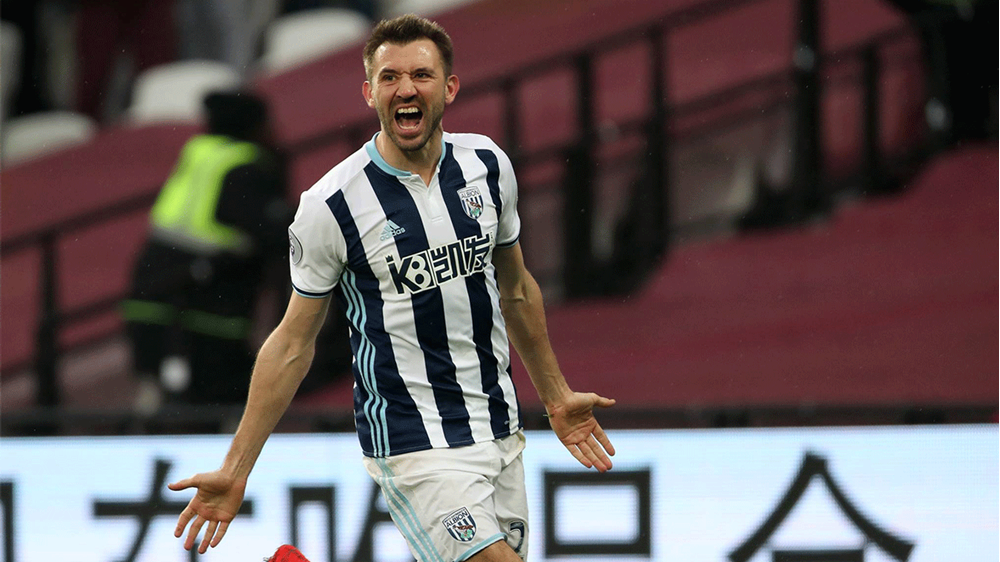 Northern Ireland defender Gareth McAuley has signed a new one-year deal at West Bromwich Albion to keep him at the Premier League club until the end of the 2017-18 season.

The man from Larne has been impressive throughout this campaign and has made headlines with his seven goals helping West Brom into eighth in the top division.

McAuley will be 38 by the end of the new contract and told wba.co.uk that the passion is there to keep on playing at the highest level.

He said: “I’d like to thank the club, the gaffer (Tony Pulis) and everyone here who helps me to stay fit to be able to play at this level.

“It’s very, very pleasing. When I signed I just wanted to play in the Premier League and I knew that wasn’t a given when I came here. But I’ve still got that desire sitting here today.

“I don’t think that will leave me. It’s a good thing because it keeps you motivated, keeps you pushing forward.”

Not only does McAuley have the passion for football, he also has the commitment, as he explained to wba.co.uk.

He said: “I’ve based my decision on physically being able to do it. If I didn’t think I could I wouldn’t hang about. The tests don’t show any signs that I can’t cope with it.

“I’ve worked for a living outside the football bubble and I will more than likely have to go back there one day. But as long as you can do this, the best job in the world, then you should continue and I’m not going to turn my back on it.”