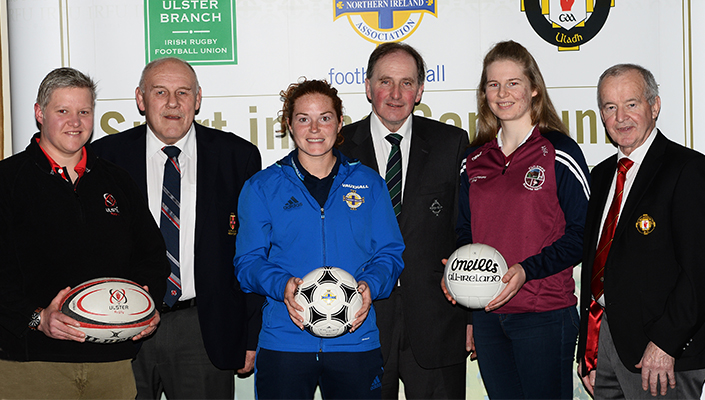 More than 100 young people attended the event in Belfast which highlighted their involvement in the Volunteer Now organisation’s GoldMark Programme.

The GoldMark initiative, part of a joint project run by the Irish FA, Ulster GAA and Ulster Rugby, encourages people aged 14-24 to volunteer in their chosen sport.

There are three sets of awards for volunteering: 50 hours, 100 hours and 200 hours. The 200-hour mark is an award of excellence and is signed off by the Minister of Education.

Speaking after the event in the Wellington Park Hotel, Irish FA deputy president Crawford Wilson said: “Volunteers are the heart and soul of football and without their dedication and commitment the sport would simply not be able to function to meet the needs of the thousands of participants throughout Northern Ireland.”

Ulster GAA president Michael Hasson said: “Young people make a major contribution to their clubs through their volunteering efforts. The energy and enthusiasm they bring to their roles is infectious and our clubs are all the better for having young people playing a full part. I am delighted with the increasing numbers taking part in the Volunteer Now scheme.”

Ulster Rugby president John McKibbin said he believes volunteers are essential to the running and development of sport and that young volunteers in particular have a valued and important role to play.

“People are never too old or too young to be a volunteer and their contributions benefit both the game and themselves,” he noted.

The GoldMark initiative is part of a joint project, Sport: A Home For Lifelong Volunteering, funded by the Department for Communities.