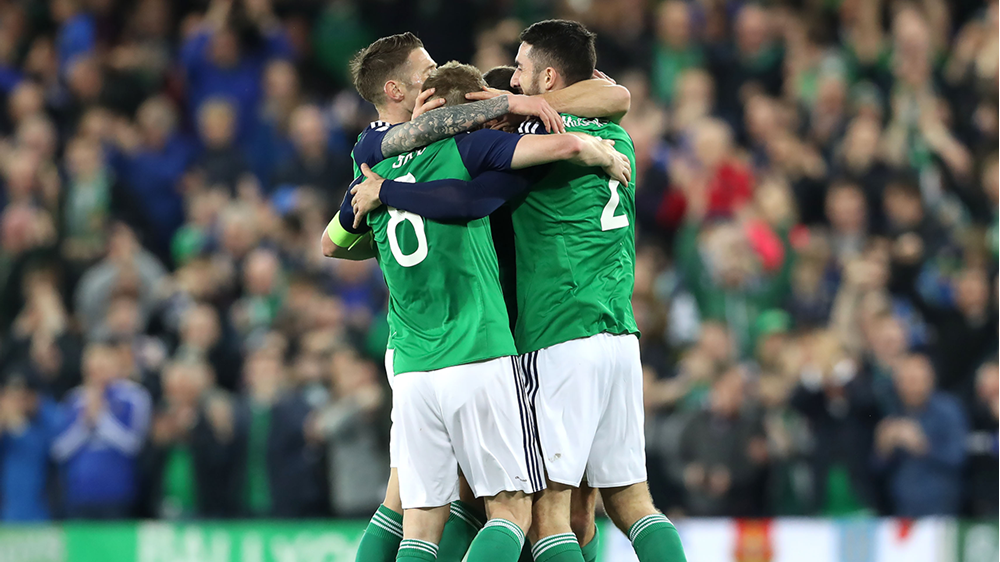 An impressive first half performance helped Northern Ireland to a two-goal victory over Norway in this FIFA World Cup qualifier at the National Football Stadium at Windsor Park.

The win keeps Northern Ireland in second spot in Group C, five points behind Germany but, crucially, a couple ahead of the Czech Republic.

Northern Ireland got off to an ideal start when, after barely 90 seconds, Jamie Ward fired Michael O'Neill's side in front.

Chris Brunt created the opening with a well delivered cross to the Nottingham Forest man on the edge of the six-yard box. Ward turned his marker quickly and expertly curled the ball past keeper Rune Jarstein into the bottom right corner.

The timing was perfect given this was Norway's first game under Lars Lagerbäck and nullified any effect that having a new man in charge could have brought to the visitors.

That said Norway began to gain a foothold in the game as the first half progressed with Joshua King testing Michael McGovern on 24 minutes before, a few minutes later, Alexander Søderlund rattled the crossbar with a great effort.

However, between those two chances, Brunt was a whisker away from doubling Northern Ireland's advantage after Conor Washington darted down the right before delivering the ball across the face of goal.

But it was 2-0 on 33 minutes with Washington himself getting his name on the scoresheet. A superbly executed Steven Davis pass sent the QPR man through down the middle and he kept his composure to coolly slot the ball between the legs of the keeper.

As might have been expected Norway looked an entirely different proposition after the break, enjoying plenty of possession, albeit without that necessary bite in front of goal.

A Håvard Nordtveit long throw was collected by King but his subsequent shot was confidently dealt with by the home defence.

At the other end moments later Norwegian defender Even Hovland almost turned the ball into his own net following a moment of confusion with team-mate Gustav Valsvik.

Despite their time in control of the ball the visitors could only really muster what amounted to half chances with skipper Stefan Johansen perhaps creating their most promising moment with a volley as the ball dropped for him but even this was sliced away to safety.

Then, with just under 20 minutes remaining, substitute Mats Daehli almost played Mohamed Elyounoussi through but the ball proved too pacey for the FC Basel man to catch.

Play then switched for Washington and Davis to have shots on goal, although both were comfortably cleared.

After that the visitors had two efforts on target with Adama Diomande directing a header straight at McGovern before the Northern Ireland keeper was properly tested, having to dive full length to turn away a low Nordtveit free-kick.

With six minutes remaining Niall McGinn, only on the pitch a few minutes as a replacement for Ward, charged down keeper Jarstein but he was unable to lift the ball over the Hertha Berlin custodian.

That proved to be the final moment of note in a game that never really managed to ignite, particularly in the second half, but on reflection the sole objective was to collect a maximum return from this outing and that was achieved with relative comfort.

Elsewhere in Group C today leaders Germany swept to a 4-1 victory over Azerbaijan in Baku while the Czech Republic travelled to Serrvalle to hit six goals without reply past San Marino. 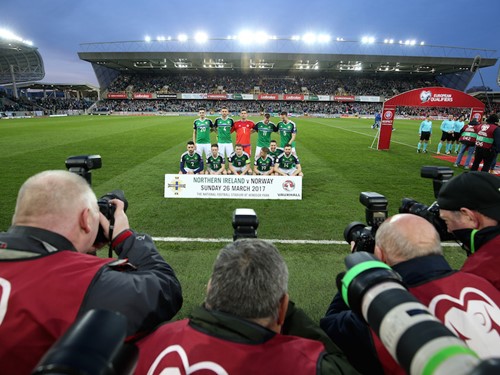 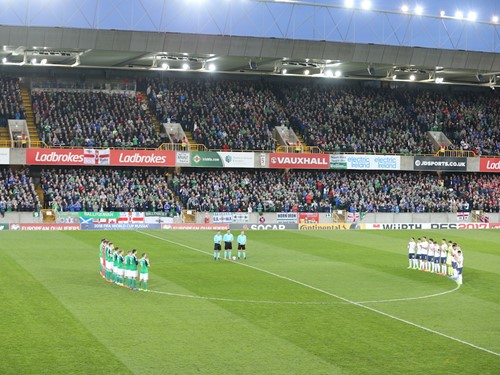 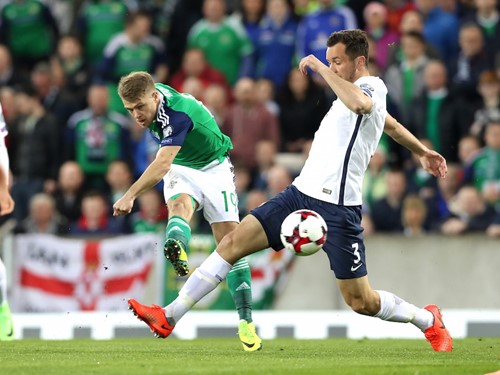 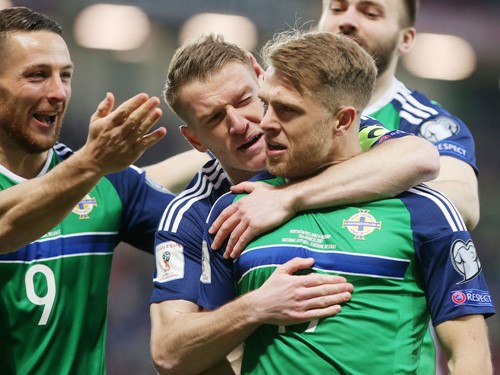 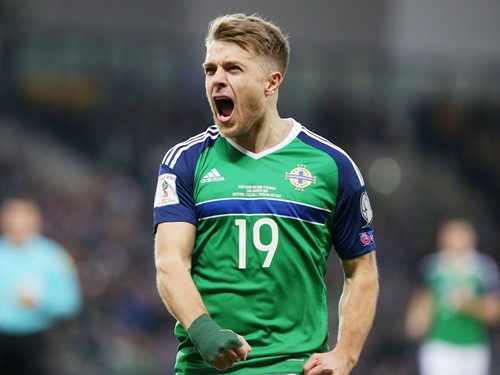 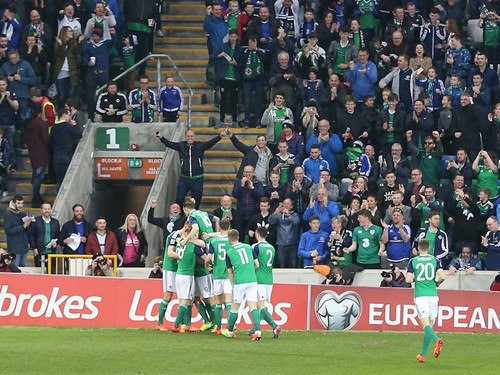 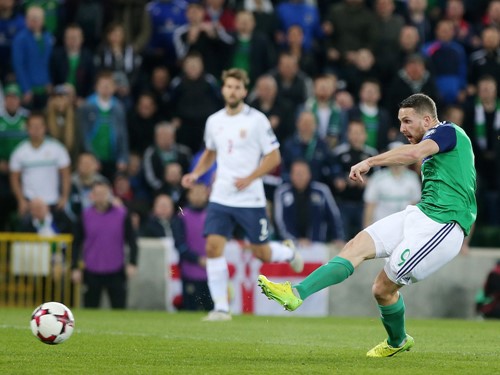 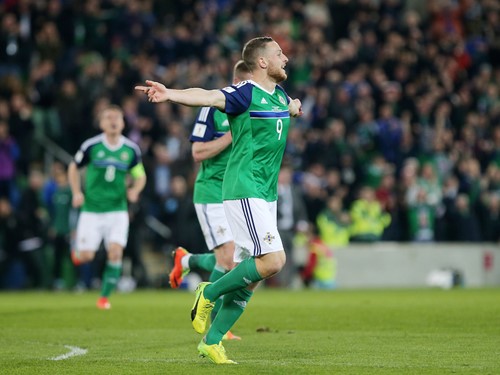 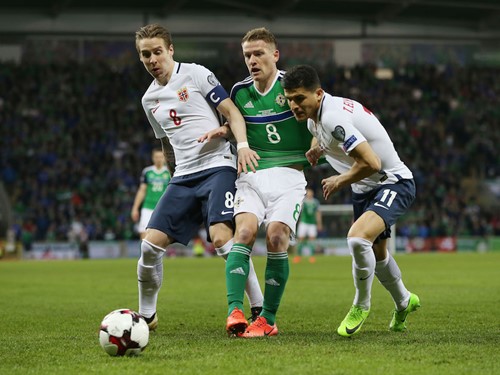 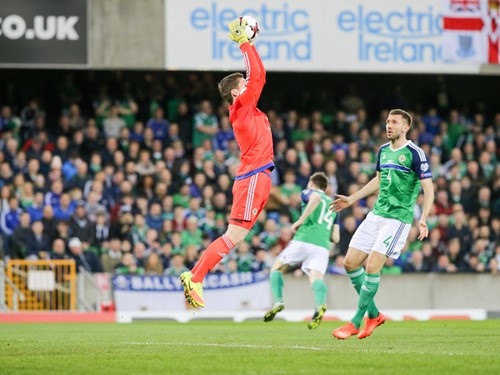 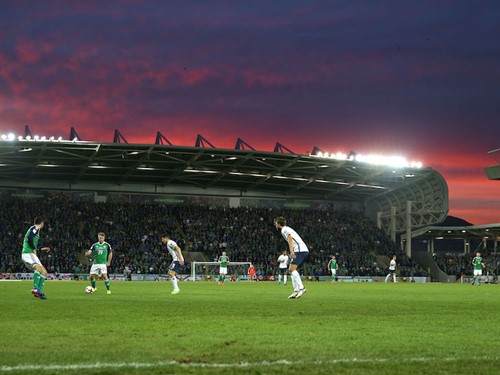