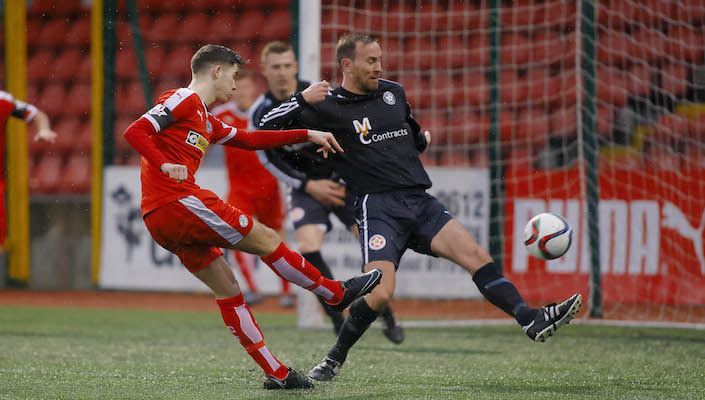 No fewer than 27 goals were banged in across today's seven Tennent's Irish Cup sixth round games, an impressive average of almost four goals per game!

Biggest fallers were holders Glentoran as Glenavon swept them aside in an emotionally charged encounter at The Oval while Linfield, Cliftonville, Crusaders and, runners-up last season, Portadown also booked their place in the quarter-finals.

Two Championship 1 sides also made the last eight as Loughgall and Lurgan Celtic knocked out the PSNI and Knockbreda respectively.

Carrick Rangers and Crumlin Star must wait until February 15th to battle it out for the last place after the Belfast Loughshore Hotel Arena failed a pitch inspection.

Here's how the afternoon unfurled:- 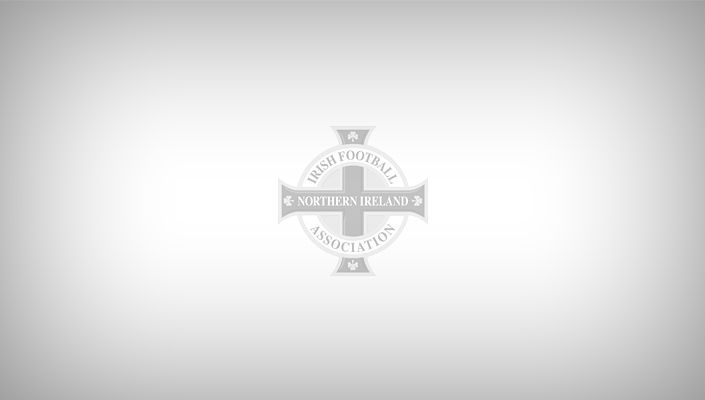 Jay Donnelly fired Cliftonville into a commanding lead with two goals inside the first ten minutes.

He opened the scoring with a smashing effort into the top corner after meeting a low Levi Ives cross before following up soon after with a header after Tomas Cosgrove had provided the telling ball.

Andrew Mitchell fired the Crues in front after 11 minutes with a low strike from 20 yards to give Andy Coleman no chance.

However, Cormac Burke levelled for the Swifts just short of the half-hour mark after he touched the ball home following a defensive mix-up.

But Crusaders regained the advantage seven minutes from the break after Michael Carvill touched the ball home despite Jarlath O'Rourke's best efforts to clear a Jordan Owens cross.

And they effectively booked their place in the last eight on 59 minutes when the unlucky Douglas Wilson got the final touch as he attempted to clear a Carvill free-kick.

Stephen Baxter's might have added to their lead in the closing moments when O'Rourke was adjudged to have handled in the area but Coleman did well to save Billy Joe Burns' subsequent spot-kick.

Curtis Allen might have opened the scoring for Glentoran inside the opening minute only for Rhys Marshall to clear the ball off the line while, moments later, Johnny Tuffey made a tremendous save to deny Chris Lavery.

However, it fell to the visitors to take the lead when, on ten minutes, Marshall connected with a Joel Cooper cross to send a header over the hesitant Aaron Hogg.

Fittingly, this coincided perfectly with a pre-planned minutes' applause in memory of former Glenavon favourite Mark Farren who was laid to rest yesterday.

Then, eight minutes after that, Cooper again provided the ball for Ciaran Martyn to double Glenavon's lead with a bullet like header.

The game was put beyond doubt on 54 minutes thanks to a superb curling effort from Eoin Bradley into the top left corner.

Glentoran were granted a late consolation when defender Kris Lindsay turned the ball into his own net whilst attempting to clear an Allen cross but, two minutes into stoppage time, Cooper struck to restore Glenavon's three-goal cushion. 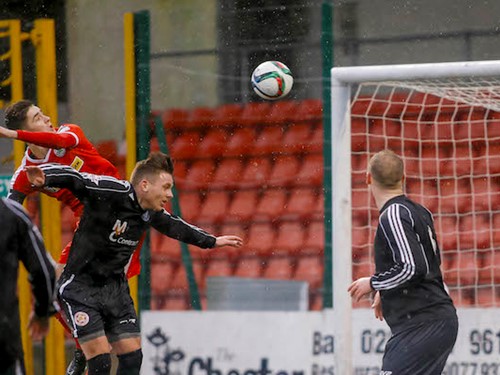 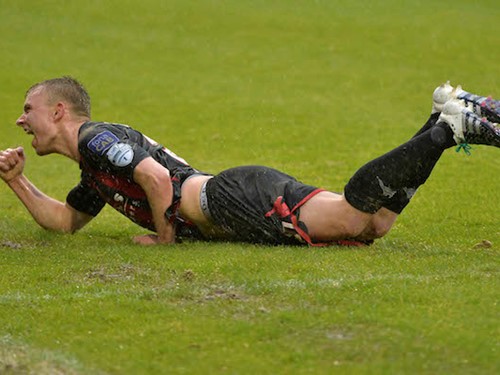 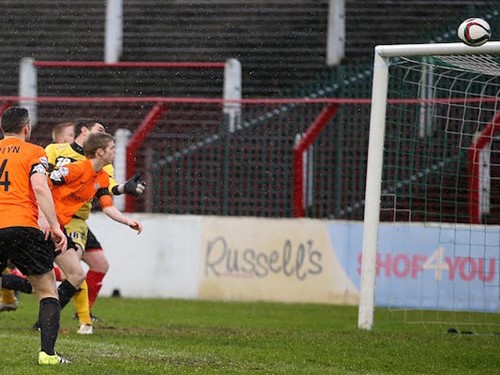 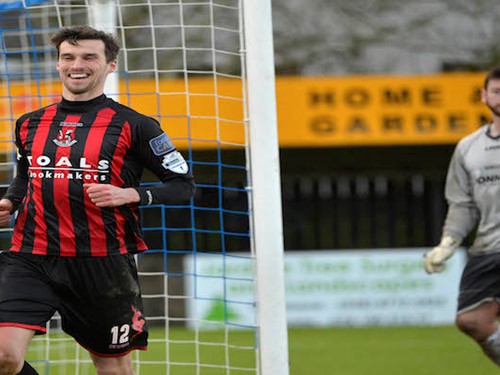 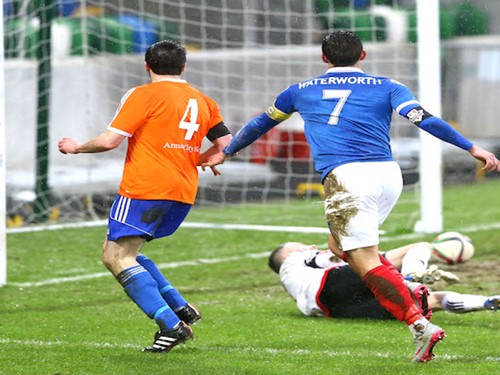 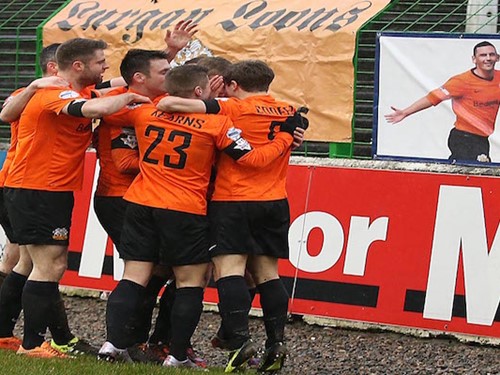 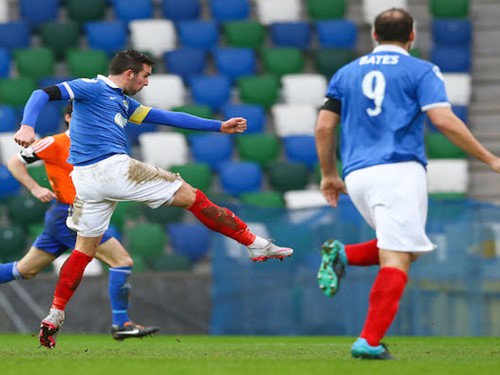 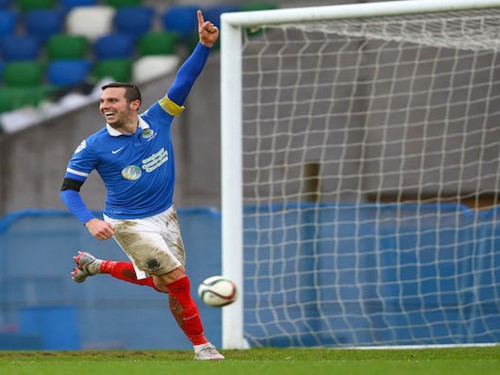 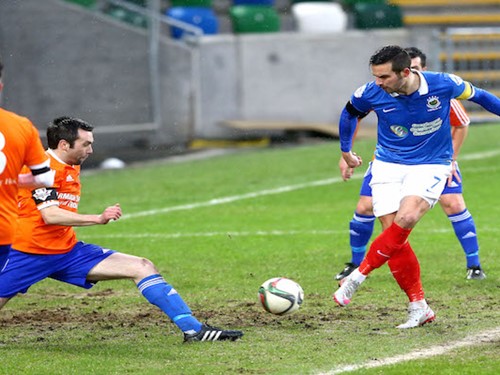 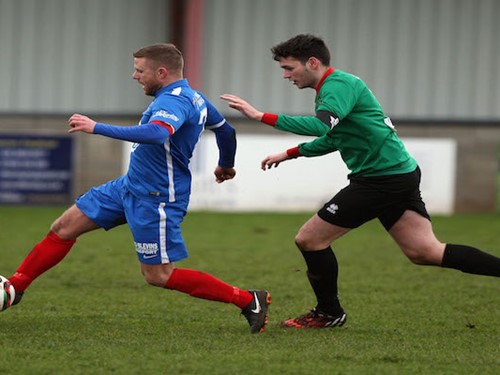 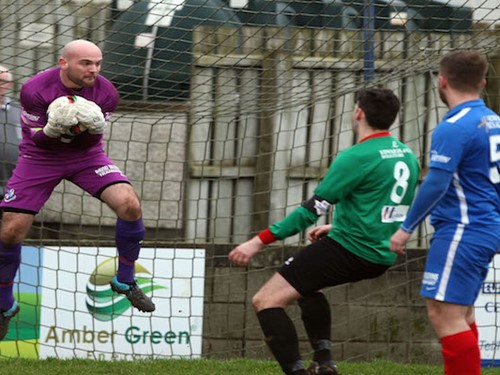 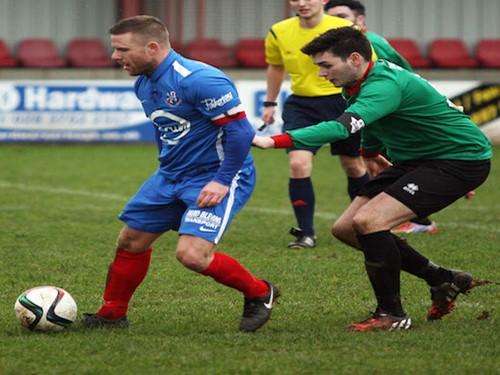 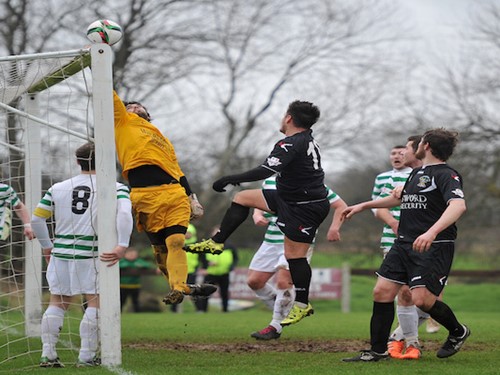 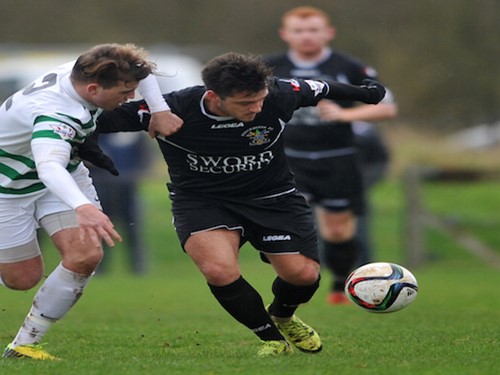 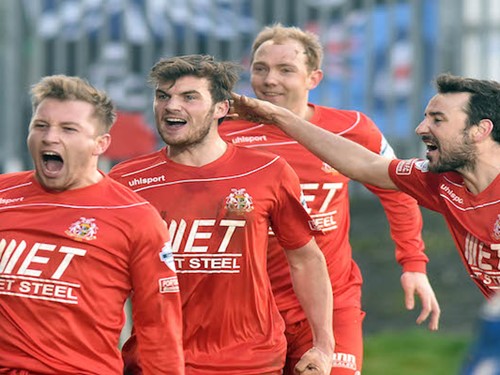 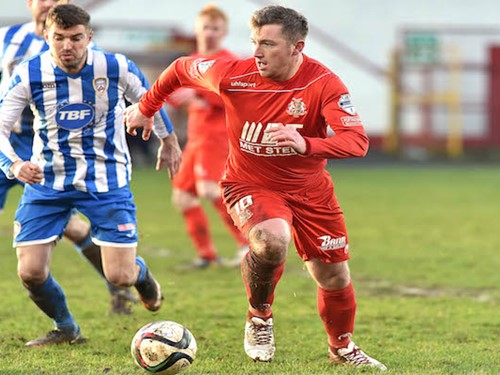 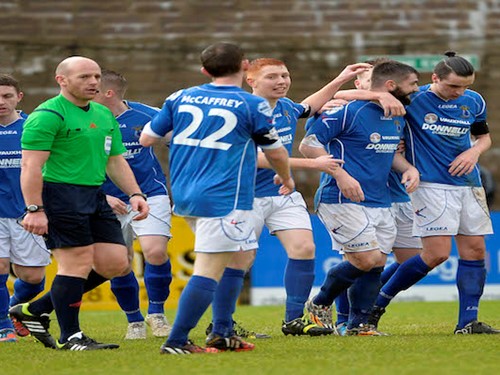 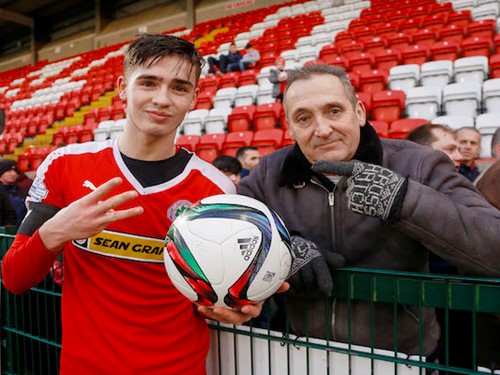 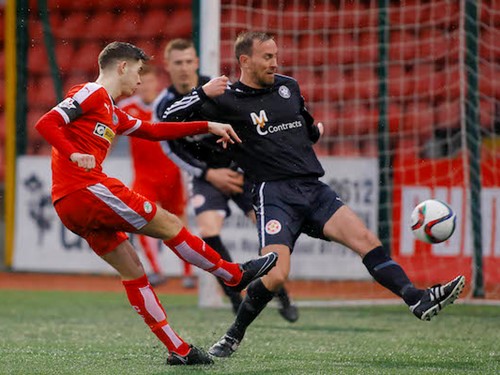 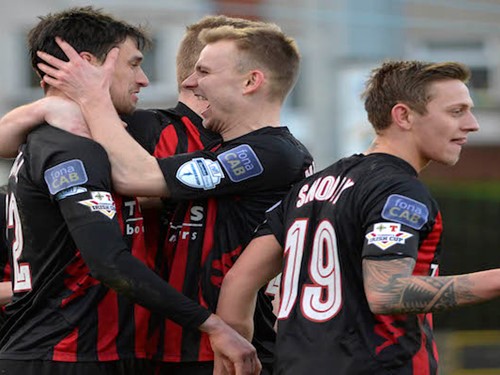 Andrew Waterworth edged the Blues in front on ten minutes when he met a Matthew Clarke cross to turn the ball home in off an upright.

And Waterworth doubled Linfield's lead when, from the break, he broke clear to slip the ball beyond John Connolly into the corner of the net.

Aaron Burns made it 3-0 within a minute of the restart after meeting a Kirk Millar cross at the far post.

Waterworth then hit two further goals inside three minutes midway through the second half to bring his personal tally to four - first from another Millar delivery before making the most of some poor defending not long after.

Then, with a quarter-of-an-hour remaining, Guy Bates slipped over a cross from Burns to make it 6-0. Stephen Fallon completed the scoring on 87 minutes with a lob over Connolly after great work from David Kee.

Warner Mullen, named the Northern Ireland Football Writers' player of the month for January, opened the scoring for the visitors just after the half-hour mark after the PSNI defence failed to clear low cross.

Prior to that Mullen had an 11th minute effort which he could only direct straight at 'keeper Jordan Williamson while, for the visitors, Mark Anderson turned an effort off the top of the crossbar.

Joe McWilliams might have levelled for the PSNI early in the second half only for his angled effort to loop over the target.

However, Mullen doubled Loughgall's lead on 58 minutes with a penalty into the bottom corner after Williamson had upended Daniel Ryan as he raced into the area.

Stuart Hutchinson might have pulled one back for the visitors in stoppage time only to smash an effort against the crossbar.

Owain Beggs came close for Knockbreda after 12 minutes after his goalbound header was cleared off the line.

Not long after that at the other end Ronan O'Hara saw a 25-yard effort drift just over while, after half-an-hour, Dylan Wilson skimmed the bar for 'Breda after an excellent run and shot.

O'Hara caused more problems for the visitors after the break with a free-kick which was finally cleared after a period of confusion in the area.

Dale Malone squandered an opportunity to hand Celtic the advantage midway through the half when he failed to convert from the spot, seeing his effort well saved by 'keeper Ryan McBride.

But the goal that booked Celtic's place in the last eight came with 11 minutes remaining when Aaron Haire met a corner from the left with a close range header.

Ken Oman broke the deadlock in Portadown's favour on 29 minutes with a close range finish after the Coleraine defence failed to clear Ross Redman's corner.

But the Bannsiders fought back to level just before the break thanks to a great finish from James McLaughlin after Ruaidhri Higgins had supplied the perfect pass.

Portadown moved back in front on the hour, however, after Gary Twigg converted from the spot into the bottom left corner when a Chris Casement cross was handled in the area.

Then, with three minutes remaining, Philip Lowry ensured Portadown's place in the quarter-finals with a thumping right-foot drive into the top corner.