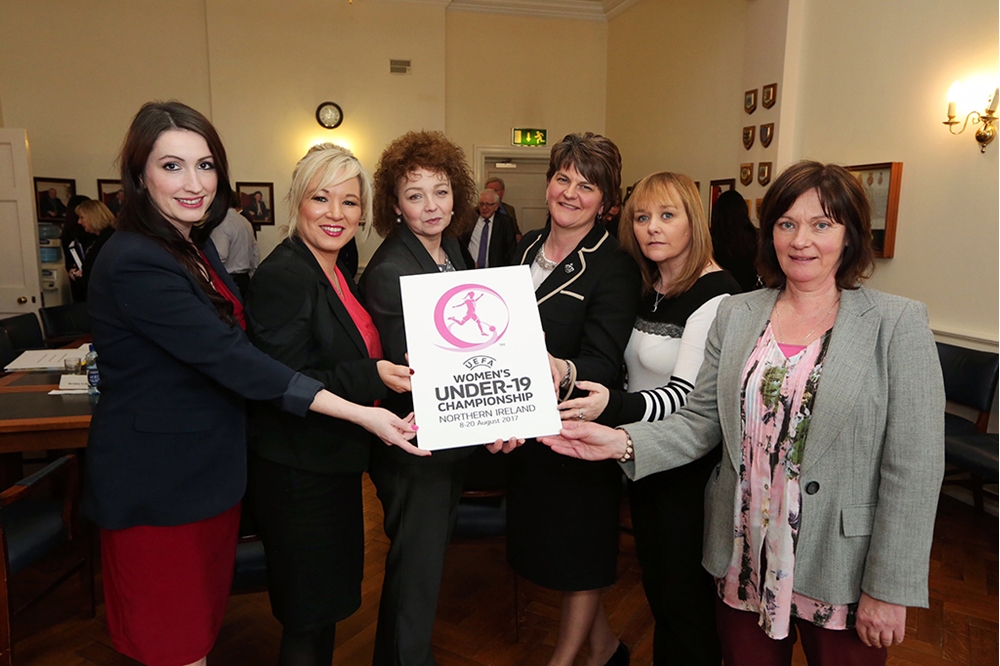 There will be 15 games played in the tournament with the final staged at the new National Football Stadium at Windsor Park. DCAL provided £32.5 million of funding for the redevelopment of Windsor Park under the NI Executive’s Regional Stadium Programme.

Tournament Director Sara Booth said: “The UEFA Women’s Under-19 Championship will be the first ever international female football tournament staged in Northern Ireland, so it is fantastic to receive the backing of MLAs, particularly female MLAs, from all four of the main political parties here.