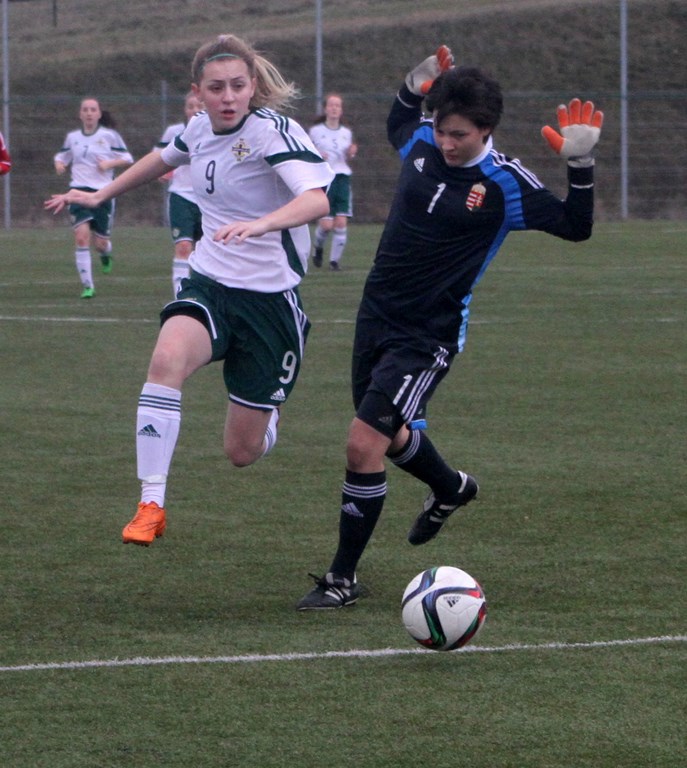 Caitlyn Hamilton at the centre of the Northern Ireland defence put in a Player of the Match performance, as Northern Ireland played good possession football, but it was Hungary who opened the scoring after half an hour when Mikes pounced on a loose ball in the box after a good save from Lauren Currie.

Both teams made a number of changes for the second half. The Hungarians looked the more settled side and two late goals, from Mikes and Vasas, gave them a 3-0 victory.

For Northern Ireland , Chelsea Cochrane played well in a midfield role, and Morgane Beggs went close on a couple of occasions.  Lauren Currie distinguished herself with some good saves in the closing stages of the match.

Team Manager Alison Nicholl was a little disappointed with the scoreline but noted some good performances and hoped that the team would bounce back in the second match of the short tour on Thursday.