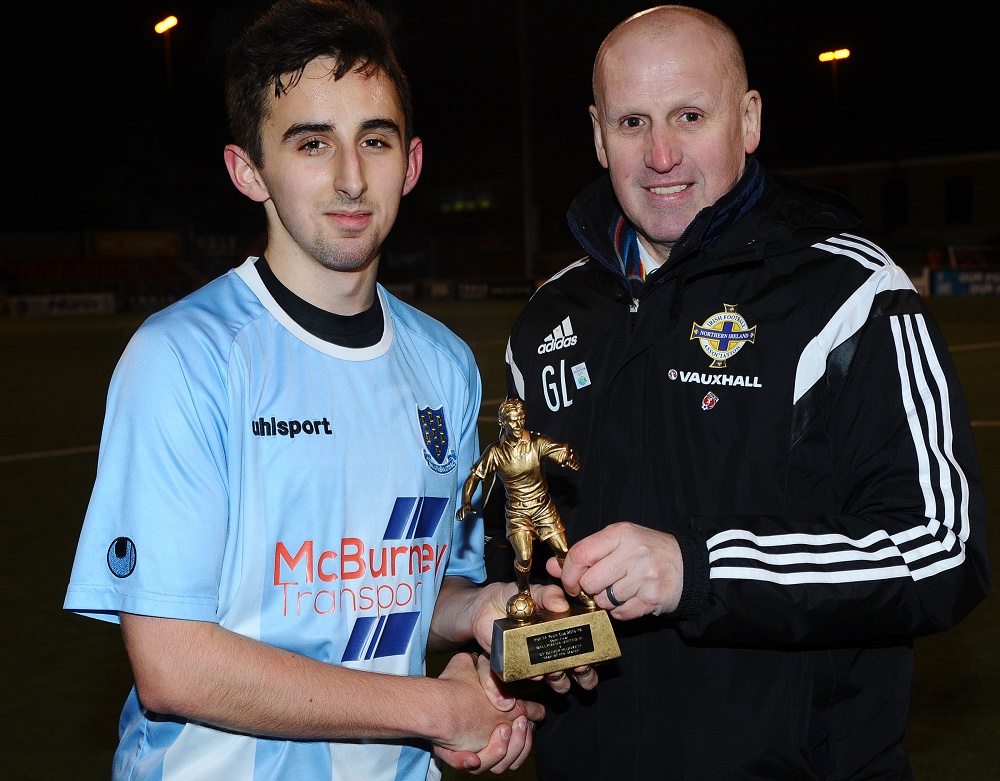 Nixon popped up in the 94th minute at Seaview to send Clifford Adams' charges through to meet Crusaders Colts in the decider at the expense of St. Oliver Plunkett's.

The 'wee' Sky Blues moved in front as early as the seventh minute when Plunkett defender Michael McCusker unfortunately turned the ball into his own net whilst attempting to clear a Nixon corner.

However, they levelled just six minutes after that through Cormac Murtagh when he knocked home the rebound despite United 'keeper Callum McCabe blocking his initial effort.

But, with both teams battling hard in the sub-zero temperatures, Ballymena regained the advantage moments from the break when Leon Bonnes headed home from a cross.

On 64 minutes Francis Dugan drew the sides level when his cross-cum-shot from the left flank ended up in the back of the net, leaving McCabe rooted to the spot.

With both sides sensing victory the tempo and competitiveness increased as the game progressed.

United were reduced to ten men right at the end of normal time when Ryan Agnew picked up his second booking of the game ... but with extra time looming large there was an explosion of unadulterated joy amongst the Sky Blue ranks when a Nixon effort bounced in front of the Plunkett 'keeper and into the net. 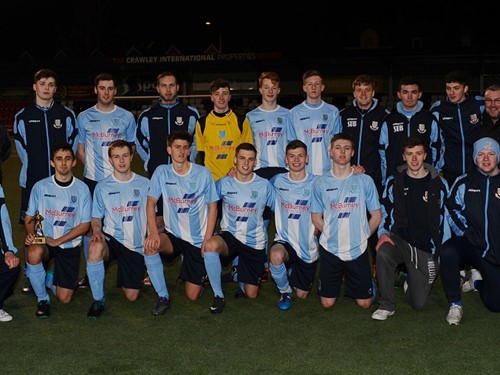 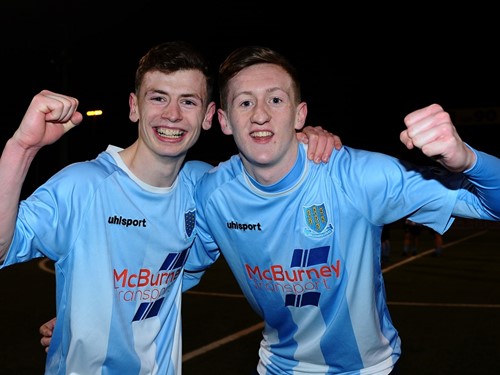