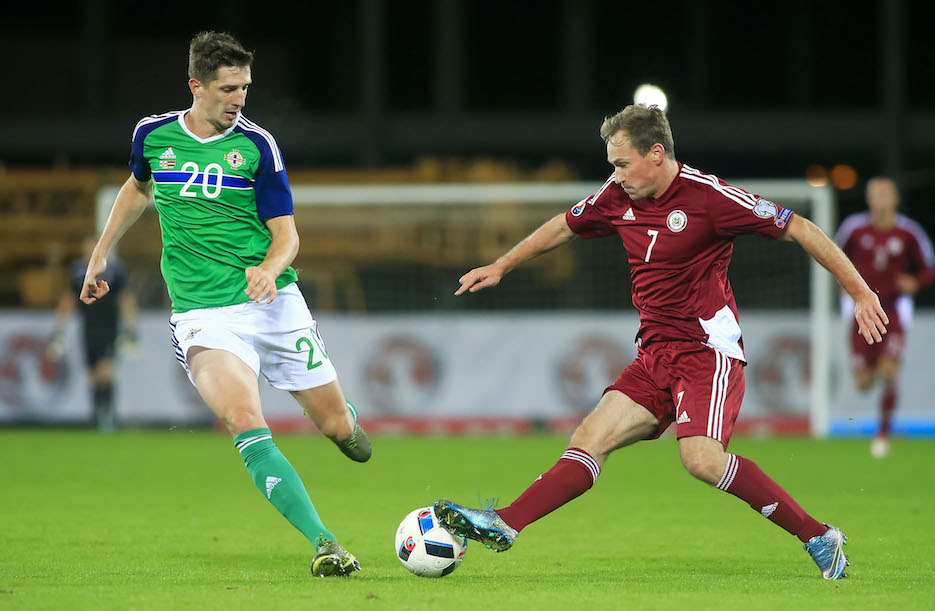 Norwood was hugely influential in Reading’s victory as both the Royal’s opening two goals came courtesy of his accurate delivery from free kicks, and he now believes that the club have a real chance of going all the way in the competition:

“We enjoyed the run last year and the experience of getting to Wembley and playing Arsenal in the semis,” said the 24-year-old, whose side now face Crystal Palace in the quarter-finals, “Hopefully we can replicate that this year - and you never know, maybe go one step further.

“We’re confident at home – we’ve picked up our home form recently, and hopefully we can keep doing that.”

However, it was double disappointment for Northern Ireland defender Jonny Evans as not only did his club West Brom crash out of the Cup, but the 28 year-old also picked up a hamstring injury which looks set to keep him on the sidelines him for a number of weeks.

Evans, who only returned to the West Brom team last week after missing two matches with a similar complaint, had seen the Baggies take the lead in their fifth round tie Reading thanks to a 54th minute Darren Fletcher goal but they eventually succumbed to the Championship outfit losing 3-1 at the Madejski Stadium.

“I picked a good team, a strong team,” said Albion boss Tony Pulis, who also had Chris Brunt in the starting line-up, “The disappointing thing is Jonny coming off with a hamstring injury late on - they get their third goal with Jonny off the pitch. He is going to be out for a few weeks now as well.”

Also in the last eight of the FA Cup is Craig Cathcart’s Watford who will face the winner of the Arsenal/Hull City replay at Vicarage Road after they disposed of Stuart Dallas’ Leeds United on Saturday.

There were quite a number of Northern Ireland players who managed to find the back of the net at the weekend, the most notable being Paul Paton who scored for Dundee United in their crucial encounter at home to Hearts.

The 28 year-old midfielder, who has had a frustrating time at Tannadice Park this season, hit a superb 25 yard volley to give the Scottish Premiership’s basement side a vital three points.

Elsewhere Billy Kee made it a round dozen for the campaign when he scored in Accrington Stanley’s  2-1 win at Oxford United, while in League One Rory McArdle was on target as Bradford City were held to a 2-2 draw at home by his old club Rochdale.

In the National League former Newcastle United trainee Patrick McLaughlin made it two in two games as Gateshead recorded a victory over Aldershot Town, while on-loan striker Robbie McDaid scored his first senior goal in Lincoln City’s 3-1 success over Southport.

Meanwhile Jamie Sendles White, who signed for Swindon Town until the end of the season last week, was drafted straight into the starting line-up as the Robins defeated Blackpool 3-2 at the County Ground in League One.

“It was quite late to start Jamie,” admitted Town boss Luke Williams, “but he has been working in the same way as the three other boys at the back have been working, he’s been given the same problems in training and we’ve been looking at how he answered those problems.

“He showed he was ready today - his calf started cramping up late in the game but that’s quite natural due to his lack of game time recently.”

Fulham defender Chris Baird made his debut for the west London side as a second-half substitute in the win over Charlton while 19 year-old Jamie Harney, from Plumbridge, made his first appearance of the season for Colchester United who were thumped 5-2 at Bury to remain bottom of League One. 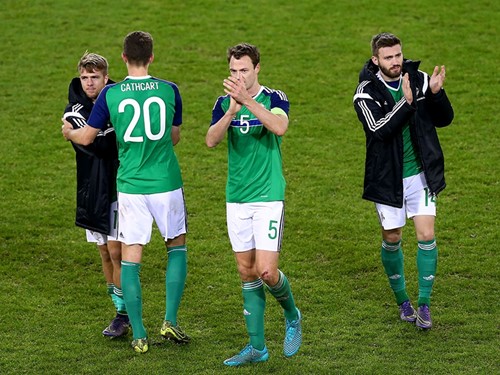 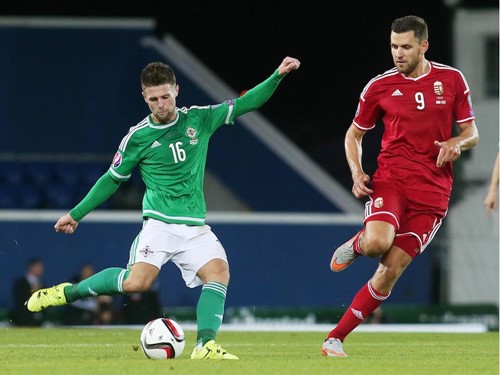