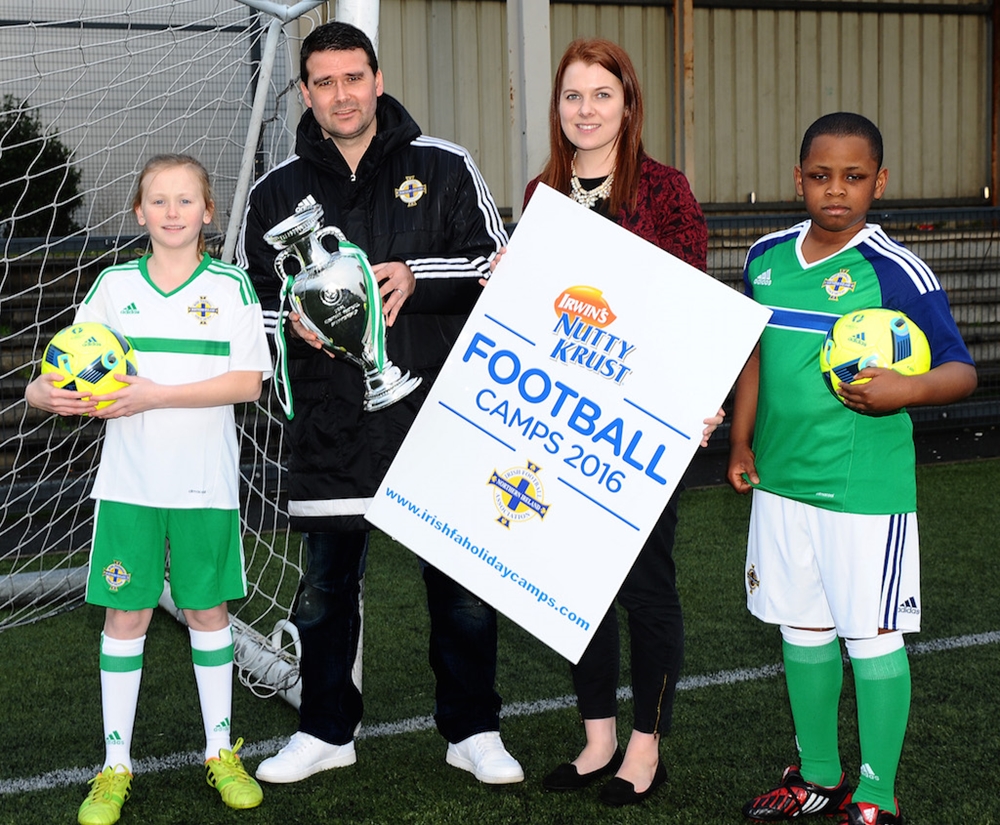 The three-day football camps, which are part of the Irish FA’s Grassroots Development Programme, will be staged in 28 locations across Northern Ireland between 30th March and 1st April.

The Nutty Krust camps provide opportunities for children aged 5-13 to develop and improve their football skills in a structured environment with professionally trained and vetted staff.

Places at the camps are available at a special discounted price of £20 if booked online for one child, £30 for two children and £40 for three children from the same family

“The camps are a great way for children and young people to develop their football skills during the school holidays. The number of boys and girls attending the camps has gone up year-on-year and I have no doubt that this year’s programme will be the most successful to date.”

Ian Stewart, Grassroots Development Manager, Irish FA, said: “I would like to thank Irwin’s Bakery for their ongoing support of our camps. Our team of grassroots development officers, coaches and volunteers are looking forward to delivering our biggest Easter programme ever.

“The Irish FA recently launched the new youth strategy Let Them Play which aims to double youth football participation rates in Northern Ireland by 2025. The Nutty Krust football camps are central to achieving that aim and are hugely important as we seek to grow the game right across the country and find the next generation of Northern Ireland football stars.”

www.irishfaholidaycamps.com or contact Michael Finch at the Irish FA’s Football Development Department on 028 90 669 559 or at mfinch@irishfa.com