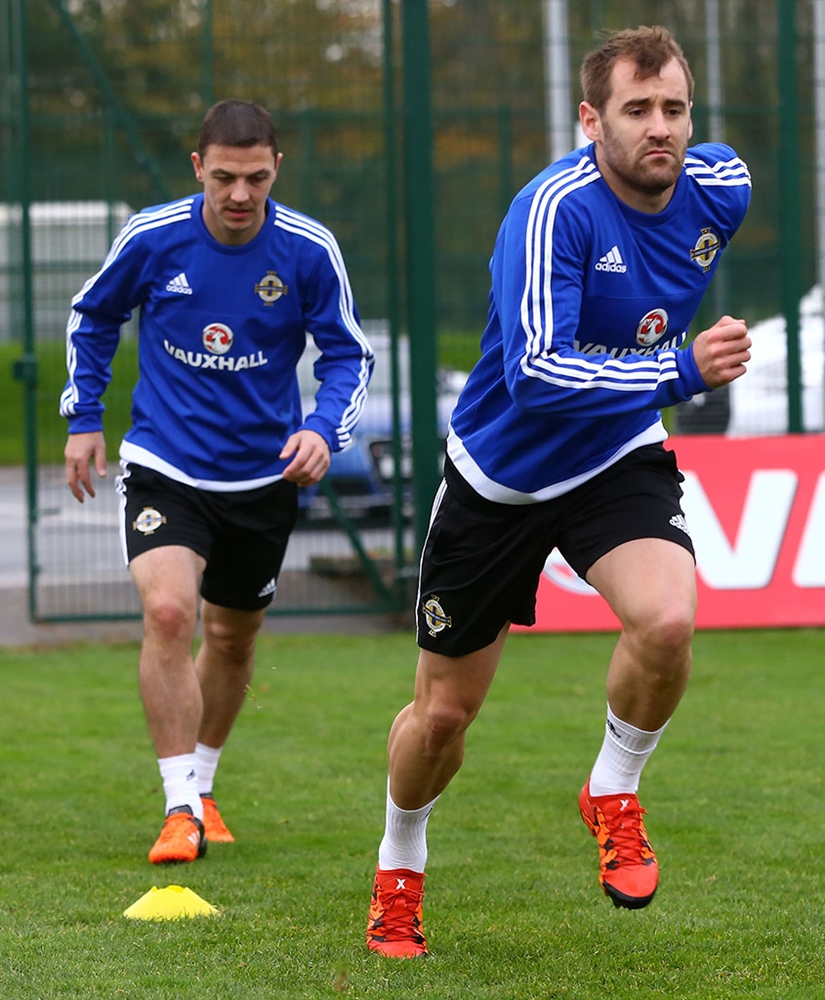 The former Dungannon Swifts player was a frustrated observer from the sidelines before entering the fray and clocking up his ninth goal of the season in the 71st minute.

“My plan was always to put a couple of subs on after 60 minutes,” admitted Dons boss Derek McInnes, “ Niall was desperate to get on to play his part and thankfully he brought us that little bit of quality to help us win the game.”

Also on the scoresheet again was Will Grigg who had an eventual afternoon in Wigan’s 2-0 victory at Sheffield United.

Firstly the 24 year-old put his side in front when he converted a penalty seven minutes into the second half at Bramall Lane with his 14th of the season. Grigg then had the opportunity to give his side a comfortable three goal cushion only to see his second penalty saved by keeper George Long.

The striker had previously had a 100% record from the spot for the Latics and was disappointed not to have continued that run.

“I just thought I would make it interesting for everyone after the way that they came back in the first game!” Grigg joked, “In all seriousness though, I should have scored and that was disappointing.”

The only other Northern Ireland player to record a goal over the weekend was central defender Rory McArdle who scored a late consolation for Bradford City in their 3-1 defeat at Burton Albion in League One.

Game time for international stalwart Chris Baird has been fairly limited this season so it was good to see him get his first league start for Derby County since the 26 September.

In the Premier League only West Brom’s Gareth McAuley and Craig Cathcart of Watford saw action as Chris Brunt and Jonny Evans were both injured while Paddy McNair was an unused substitute again as Manchester United drew 1-1 at Chelsea.

Finally back in Scotland Lee Hodson, who joined Kilmarnock on-loan from MK Dons last week, made his debut for them in the scoreless Scottish Cup fifth round tie with Rangers at Ibrox.