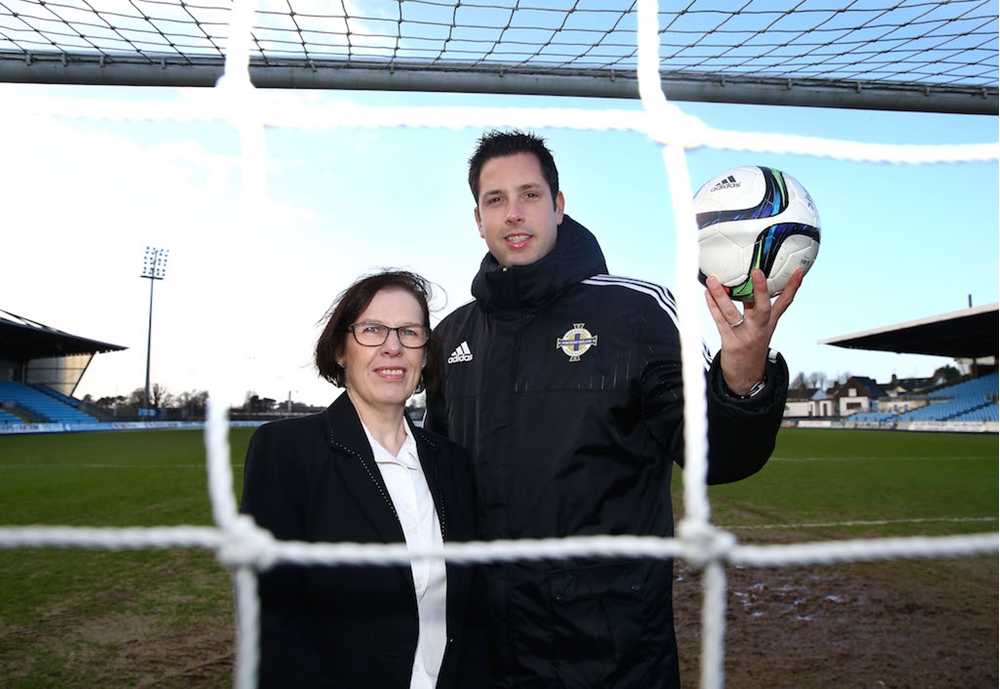 Michael McClean will work in partnership with the borough council to promote and develop grassroots football within Ballymena, Carrickfergus and Larne and everywhere in between.

Bernie Candlish, Mid and East Antrim Borough Council’s Head of Leisure, Arts and Culture, said the council was delighted to have Michael onboard. She pointed out: “We have always had a great relationship with the Irish FA. Michael will be overseeing initiatives which will ultimately benefit all youth in the area who play football or who want to play the game. And these initiatives also promote health and well-being among all age groups.”

Michael will be based at Ballymena Showgrounds and in conjunction with the council will deliver various grassroots initiatives to include the McDonald’s community programme, Nutty Krust football camps and coach education courses.

The new Regional Grassroots Development Officer brings a lot of experience to the role. He has spent the past four years working with the Irish FA as a primary school coach, supported by the Department of Education, in the former Larne Borough Council area.

After graduating from university he worked for Manchester United Soccer Schools for two years, coaching kids around the world. His role within its international programme saw him travel to every continent. Countries visited included Japan, India, Sri Lanka, South Africa, USA and United Arab Emirates. =

Michael then worked with New York Red Bulls for a year on their grassroots programme before returning to Northern Ireland in 2010. He worked part-time with the Irish FA before taking up his primary school coach role with the association.

Ian Stewart, Grassroots Development Manager at the Irish FA, said: “I am delighted to have Michael as part of our team. He will help to deliver the Irish FA’s Let Them Play youth strategy in Mid and East Antrim.”