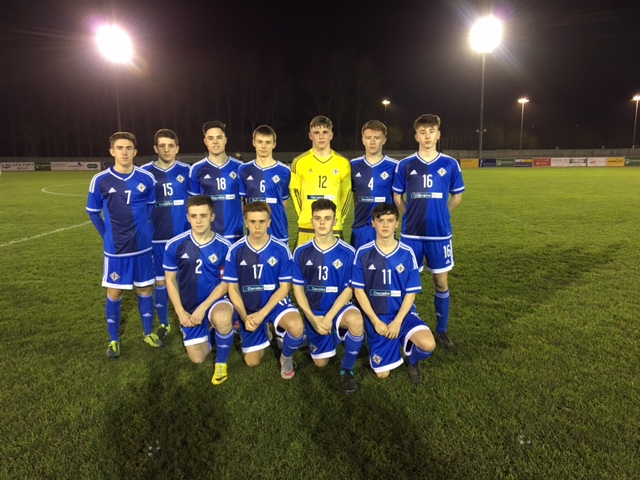 The visitors opened brightly with Matthew Henry and Reece Neale hitting the woodwork in the first 20 minutes.  Against the run of play the home team took a shock lead after 22 minutes when Guernsey captain Charlie Laine fired an unstoppable shot into the corner of the net from the edge of the box.

Ryan Nimick and Patrick Cafolla were denied by good saves by the home keeper Sam Barrell.  On 38 minutes Northern Ireland drew level when Nathaniel Ferris finished off a flowing movement by side footing home a cross from Ronan Young.  However, 3 minutes later the tall striker missed a golden opportunity when shooting directly at Barrell from point blank range.

Northern Ireland started the second half with a series of attacks and David Parkhouse put the visitors ahead after good work on the left by Sean Toland.  Parkhouse then doubled the lead when put through by Lloyd Anderson and four minutes from the end Anderson completed the scoring, netting with a low drive from the edge of the box.