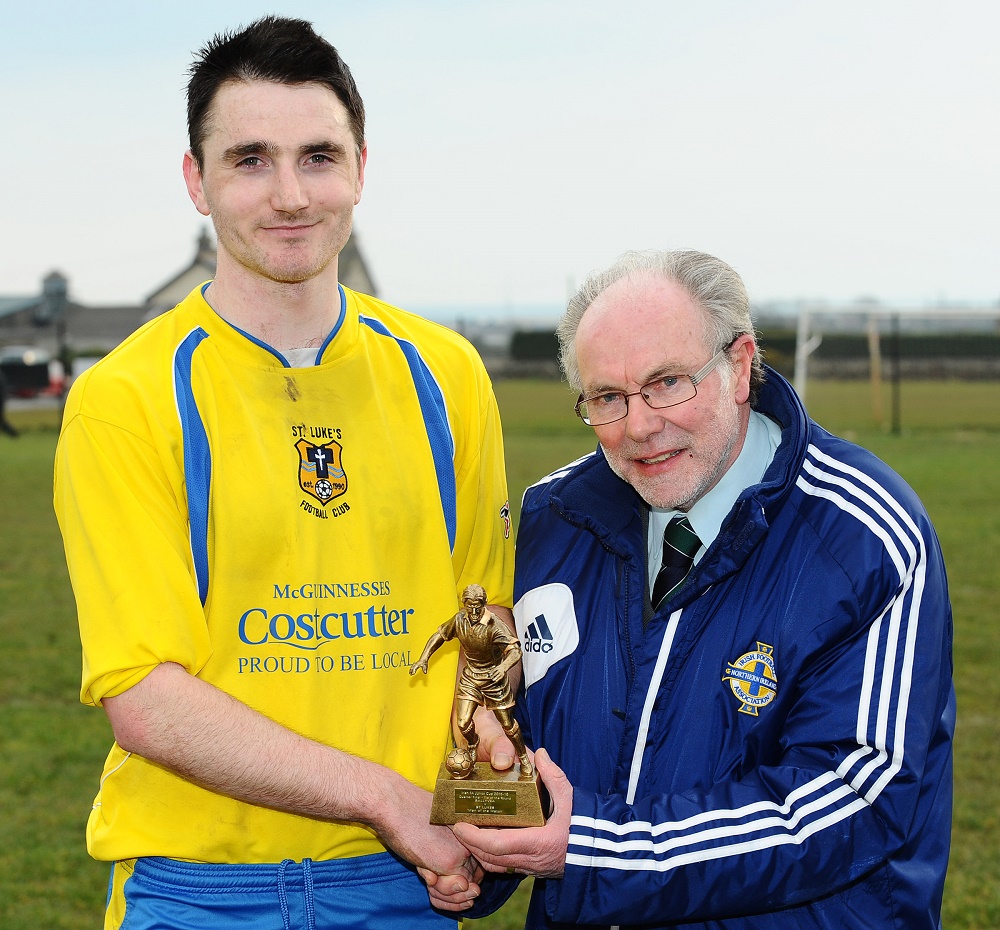 This 'tie of the round' at the Carginagh Playing Fields in Kilkeel got off to a typically cagey start as it became obvious both sides had done their homework on each other.

Both keepers had some work to do but it was the Ballyvea 'keeper Steven Main who proved to be the busiest, pulling off three excellent saves to keep the game alive.

His opposite number in the St. Luke's goal, Sean Tierney, was also forced into a few saves without being really troubled.

The second half started much as the first had finished with both teams probing but failing to produce a meaningful finish.

St. Luke's seemed more intent in getting the victory, showing more urgency in pursuit of the win.

The Belfast side finally found a way through the Ballyvea defence with a quarter-of-an-hour remaining when 'man of the match' Aaron McKinney forced the ball over the line.

From the restart Ballyvea seemed to get their second wind and within two minutes drew level when Jeffery Stewart gave Tierney no chance with a shot from inside the box.

It was game on with the sides pushing hard for the win to try to avoid extra-time and although the two 'keepers were kept busy during the closing stages it appeared that both sets of players had settled for another 20 minutes of play.

Extra-time started with an immediate attack by Ballyvea which was cleared by a solid St. Luke's defence.

Again both sides moved the ball around looking for a way through but nothing was there for the taking.

The first half of extra-time came and went with the sides still inseparable.

However, just two minutes into the second period, Munster grabbed the winner after beating the offside trap despite protests from within the Ballyvea camp.

The remaining eight minutes saw Ballyvea press for the equaliser but they met with a sturdy St. Luke's defence who were able to see the last period through with everyone behind the ball to secure their place in the semi-final draw.

Elsewhere, holders Harryville Homers kept up their quest for a third successive title with victory over Cumann Spoirt an Phobail and are joined in the last four by fellow Ballymena side Carniny Rangers and last season's runners-up Rosemount Rec. after their defeats of Killen Rangers and Lisbellaw United respectively. 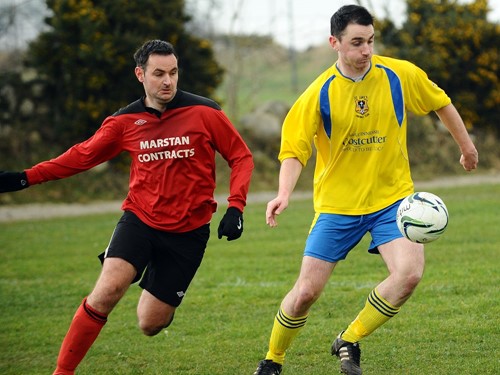 Man of the Match Aaron McKinney in action 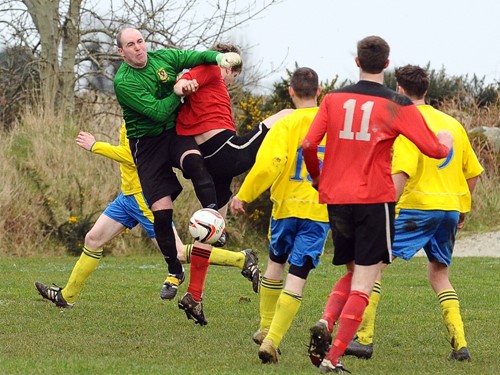 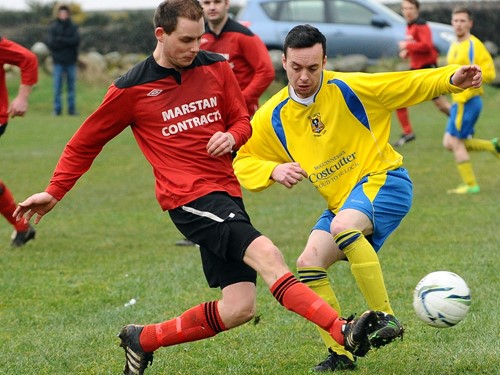