Gawa Across The Globe 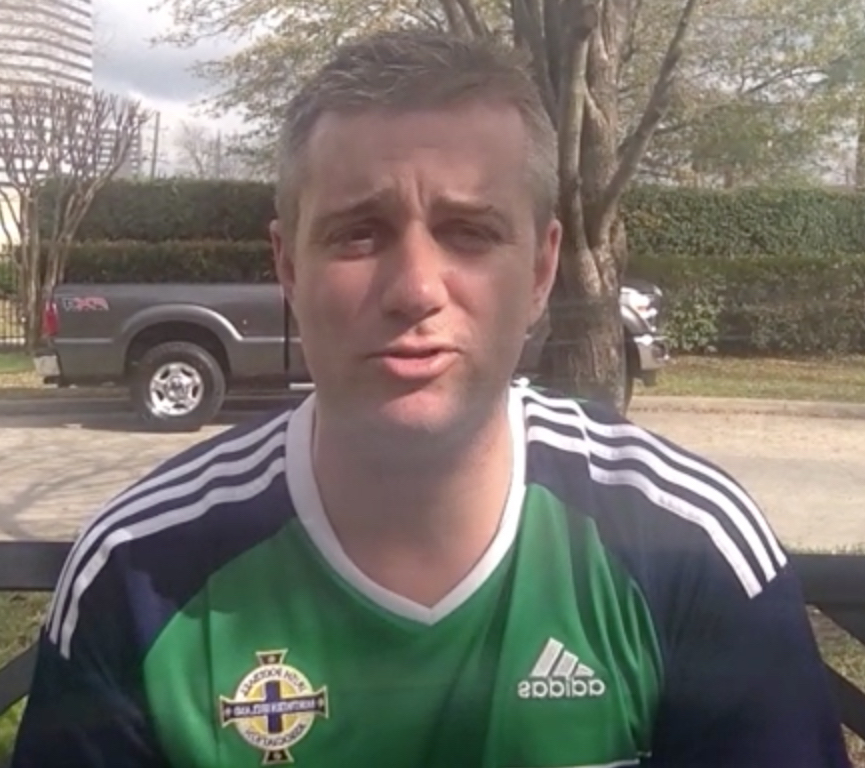 Owen Simpson from Carrickfergus tells us about life in Texas, USA as a Northern Ireland Fan from the six hour time difference to negotiating the big screen in the local bar to watch the matches:

He said: ''Sometimes its a challenge to watch Northern Ireland, I have to take a few half days to watch the games. It's first come first serve so I have to get to the pub early so that they show the Northern Ireland game. My first real memory of life is watching Espana 82 with my Dad in France.''

GAWA Across The Globe is a weekly feature focusing on Northern Ireland fans living and working across the world. If you want to get involved contact us on: www.facebook.com/NorthernIrelandNationalTeam or www.twitter.com/OfficialIrishFA