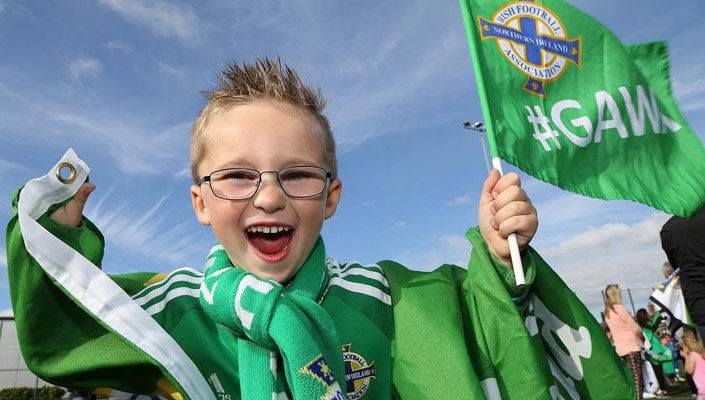 On the back of Saturday’s draw we look ahead to the teams that Northern Ireland will face in France at UEFA EURO 2016. 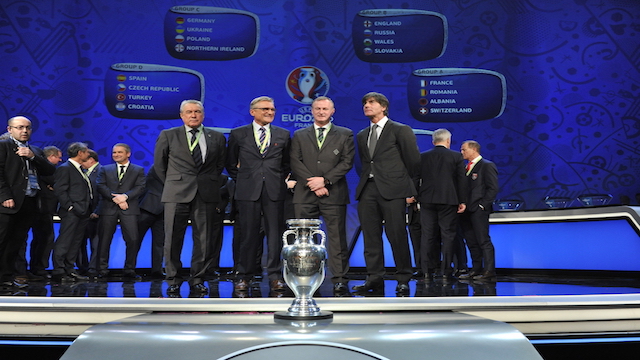 Northern Ireland open their campaign on 12th June against Poland in the newly built Stade de Nice on the French Riviera.

Michael O’Neill’s men take on a strong Poland side who finished second place by one point in their UEFA EURO 2016 qualifying section behind Germany. The Polish team won six, drew three and lost one of their qualifying matches in an impressive campaign.

The Polish team possess a top-grade striker in Bayern Munich’s Robert Lewandowski, who powered the team to the finals with a record-equaling qualifying competition tally of thirteen goals. The squad contains a number of familiar faces playing at the very top level in Europe such as Fiorentina’s Jakub Błaszczykowski, Roma’s Wojciech Szczęsny and Łukasz Piszczek of Dortmund.

The most recent meeting saw Northern Ireland take charge for the 2010 World Cup qualifiers, winning 3-2 at home and drawing 1-1 away with Kyle Lafferty opening the scoring in Chorzow. Unfortunately, neither side made it to South Africa. 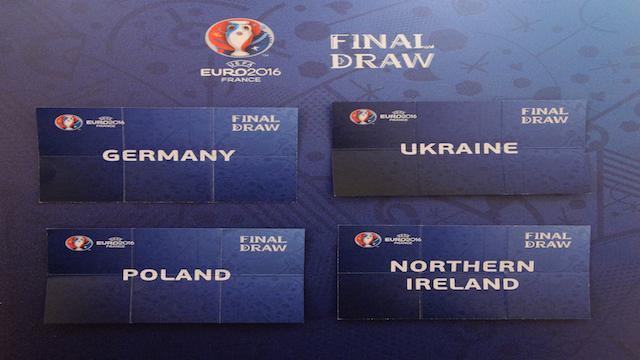 Four days after their opening fixture, the Northern Ireland team will travel to Lyon where they will meet Ukraine at the impressive Stade de Lyon. With 59,000 fans packed into the stadium, this will be the largest crowd the team play in front of in their Group C fixtures.

Despite having never beaten the Ukrainians in their four meetings, Michael O’Neill will see this as an opportunity to make an impact on the group as they take on a team who qualified through the play-offs with a 3-1 aggregate win over Slovenia.

With a number of their squad playing regularly in the UEFA Champions League, Ukraine have significant experience of competing at the top level to bring to the tournament.

Ukraine’s top goal scorer Andriy Yarmolenko of Dynamo Kyiv will be one to watch as he weighed in with 6 goals in the qualifying campaign and Sevilla’s Yevhen Konoplyanka has made a name for himself with his impressive performances.

Both previous UEFA European Championship matches between the countries – in qualification for UEFA EURO 2004 – ended goalless.

Northern Ireland’s final group game against the reigning World Champions Germany in the Parc des Princes in Paris will be the team’s most difficult test in Group C.

The Germans topped their qualification group with seven wins, one draw and two defeats, with the Republic of Ireland taking four points from their two meetings.

Having been drawn in the same 2018 World Cup qualifying group, Joachim Löw’s Germany are a team every nation would have liked to avoid. With an endless list of superstars, including Bayern Munich’s Thomas Muller, who scored 9 goals in their qualifying campaign; Manuel Neuer, Mario Götze, Arsenal’s Mesut Özil and Dordmund’s Marco Reus.

Just one match has been played between the sides this century – a June 2005 friendly in Belfast which Germany won 4-1 – but the 2018 World Cup qualifiers will see a further two meetings.