Women U19 ready for Cyprus test 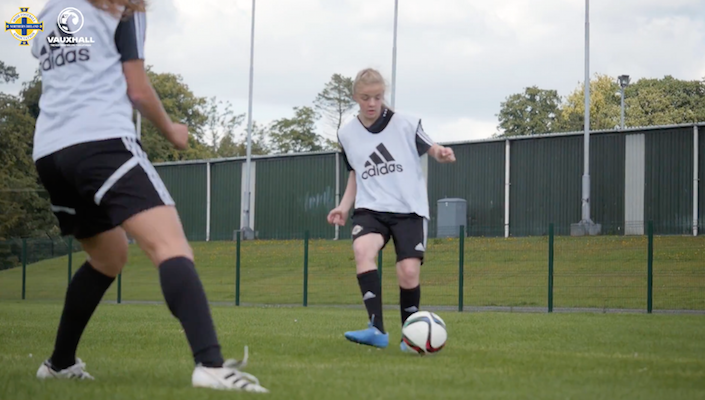 U19 Women's manager Alfie Wylie says Cyprus will provide a good test as his squad aim to be as prepared as possible when Northern Ireland host the UEFA Women's Under-19 Championship next August.

His side face Cyprus in a double header at the Riada Stadium in Ballymoney starting tonight at 7:30pm with the concluding game on Thursday in the same location at 12pm.

About the fixture, Wylie said: "Cyprus are a good side, they qualified like us for the Elite Round. It's a good test for us and hope it is the first of many games that will take place over the next twelve months. We are going to use the opportunity to look at many girls, different shapes and formations in regards to how we set the team up."

Two of the players aiming to play in the UEFA tournament next August are Emma McMaster and Rebecca Bassett. Both made the step up last week to be a part of the Senior Women's squad that drew 1-1 with the Czech Republic.

McMaster said: "Playing for your country is always a great privilege but training with the seniors such as the ones that are training full time such as Furney (Rachel Furness) and Raff (Laura Rafferty) it's a completely new experience to me which is unbelievable."

And Bassett, who scored in their last fixture against the Republic of Ireland, believes the team are coming together and the evidence of that will show, she said: "Everyone is coming to training and the more we train the more we can gel as a team. As I say, everyone is at training and then we get onto the pitch and everyone is for the team, no one is an individual, we are a team."