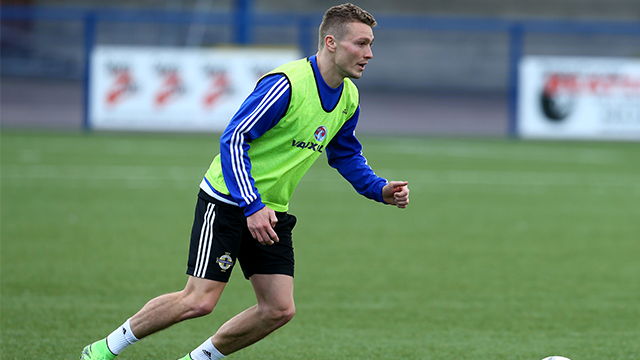 United boss Chris Wilder, who secured the services of the Canadian-born striker for an undisclosed fee, is confident that the 23 year-old can become an instant hit at Bramall Lane.

“Caolan is a player we have tracked for a while,” admitted Wilder.

“He is hungry, aggressive and wants to run in behind, exactly the type of player we need. He has the potential to play his best football whilst with us.”

Lavery, whose parents are both from Northern Ireland, began his career at Ipswich Town but moved to Sheffield Wednesday in August 2012.

During his four years at Hillsborough the under-21 International scored six goals in 39 games for the Owls and had loan spells with Southend United, Plymouth, Chesterfield and last season with Portsmouth.

The striker, who has been handed the coveted number nine shirt, becomes Wilders’ 10th signing of the summer.

The 23 year-old, who rejected a new deal at Raith Rovers at the end of last season, had previously been on trial at Bradford City but failed to land a deal with the Yorkshire outfit.

McKeown made an instant debut for Stanley when he played the full 90 minutes of his new teams 3-0 home defeat to Crewe in the newly vamped Checkatrade Trophy last night.