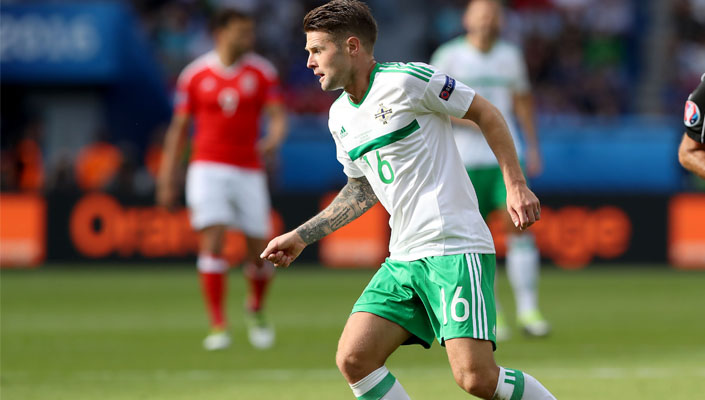 Seagulls boss Chris Hughton, who guided the South Coast club to the play-offs last term, was delighted to have bolstered his squad further ahead of the new season.

“Oliver is another excellent addition to our squad,” said Hughton. “He has a good grounding coming from Manchester United and has a wealth of experience playing in the Championship and at international level.

“He’s a box-to-box player and an excellent passer of the ball, so he gives us extra options in midfield and adds further depth to our squad.”

Twenty-five-year-old Norwood, who began his career as a trainee at Manchester United, admitted manager Chris Hughton was a huge factor in sealing his move to Albion.

“What he has done in football speaks for itself,” said the Burnley-born midfielder. “When I had a conversation with him, I was sold on the club. He told me his vision for the team and what he wants to do.

“My ambition is to play in the Premier League and I am sure the ambition of everyone at Brighton is to get there as quickly as possible. Having had that conversation with the gaffer, it was an easy decision for me to come to the football club.

“I have played against Brighton on numerous occasions. It was always a team that I have looked at from afar and admired the way they play football.”

Norwood believes that his experience at international level and of playing in EURO 2016 with Northern Ireland in the summer will hopefully be beneficial to Chris Hughton’s side in the coming season.

“Playing at the Euros was an incredible experience and something that I will hold with me for the rest of my life.

“I want to draw on that and hopefully add a bit of experience of playing in those games and the big occasions that come with them.”