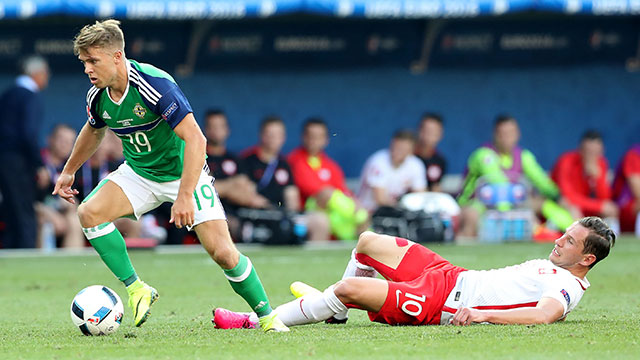 The 30 year-old, who was first signed by Clough back in 2011 when he was manager of Derby County, joined Forest in the summer of 2015 after being released by the Rams and scored a total of four goals in 37 appearances for the club.

Meanwhile another player heading out on loan is left-back Daniel Lafferty who departs from Burnley to League One Sheffield United for the rest of the campaign.

The 27 year-old is the second Northern Ireland player to sign for the Blades following the arrival of Caolan Lavery to Bramall Lane on a three-year deal earlier today.

“Daniel is a good age and has shown a great appetite to join us."

Since moving to Burnley from Derry City four years ago Lafferty has made 45 appearances for the Clarets and has also enjoyed loan spells at Rotherham United and two similar stints with Oldham Athletic.

Lafferty and Lavery could both make their debut in Sheffield United’s televised League One contest at Gillingham this Sunday.