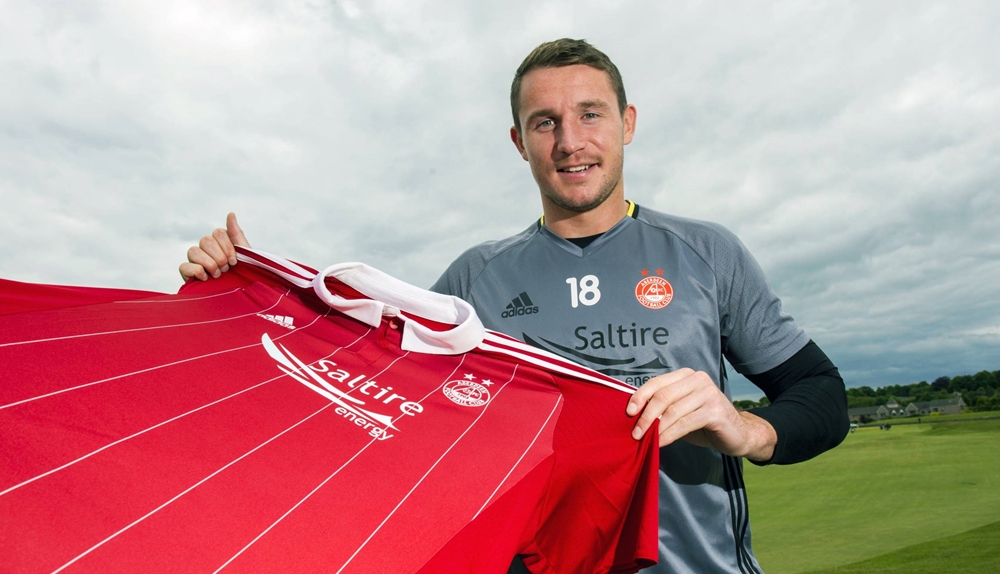 MICHAEL O’Neill has called up Aberdeen defender Callum Morris into the Northern Ireland senior squad for the first time following the withdrawal of Tom Flanagan who has a thigh injury.

The 26 year-old central defender, was born in Newcastle-upon-Tyne but he qualifies for Northern Ireland through his father who hails from Belfast.

Morris began his career in the North-East with his local club Newcastle United but was released as a teenager and dropped down into non-league football with Blyth Spartans, Hayes & Yeading United and Morpeth Town.

Exactly four-years ago today he returned to the professional ranks when he signed a one-year deal with Scottish First Division side Dunfermline Athletic.

He moved to Scottish Premiership side Dundee United in June 2014 but was released by the club after they were relegated at the end of last season.

Morris signed a 12-moth deal with Aberdeen over the summer but has yet to make his first team debut for the Pittodrie side.