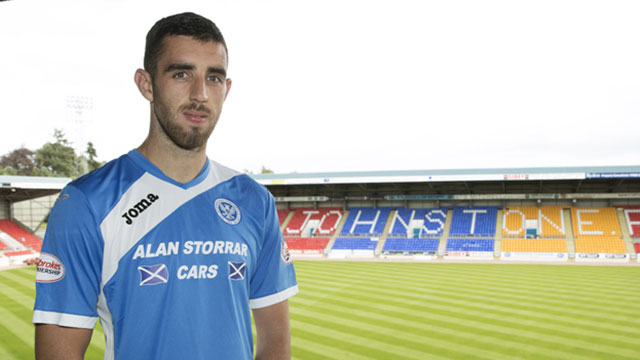 St. Johnstone manager Tommy Wright has further bolstered the Northern Ireland contingent at McDiarmid Park by snapping up Peterborough United striker Joe Gormley on a loan deal which will run until January.

The former Cliftonville player will join current Northern Ireland internationals Alan Mannus and Paul Paton at the Scottish Premiership club in a bid to regain his fitness after recovering from a serious knee injury.

“I’m delighted to get a striker in,” declared Wright, who won 31 caps for his country.

“Joe is a player I’ve known from his time at Cliftonville and we were interested in him back then but he went to Peterborough.

“He’s coming back off a significant injury but he’s fully fit and trained with us this morning. If you look at his career stats in the Irish League he’s scored a lot of goals and he’s also a former teammate of Liam Boyce who has done well in the Premiership. They are different types of players but Joe has the potential to do well.”

The 26 year-old was signed by Peterborough United last summer on a three-year contract but after just six appearances for the club he sustained cruciate ligament damage which side-lined him for the majority of last season.

He has played just one game for Posh this term and his move to St Johnstone will give him the opportunity of regular first-team football again.

In four seasons with Cliftonville he scored a total of 118 goals including a record-breaking 41 in his final campaign at Solitude.