Boys Across The Water - August 8th 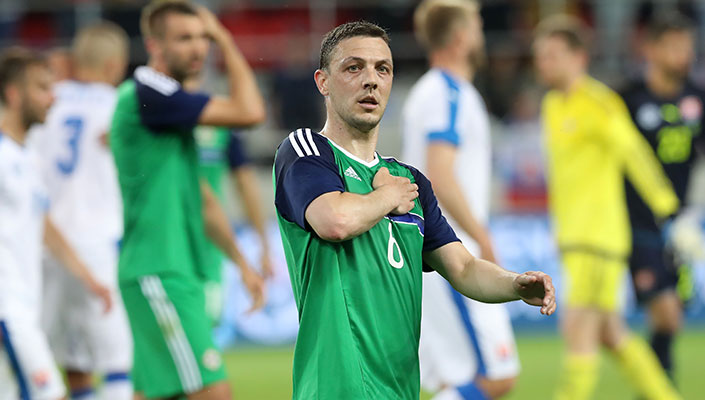 Just six weeks after Northern Ireland's exit from the knockout stages of EURO 2016 twelve of Michael O’Neill’s panel were in their club’s first-team squads for the start of the 2016/17 season.

In the Championship Norwich City’s new signing, Michael McGovern, and fellow Fermanagh man Kyle Lafferty were unused substitutes as the Canaries stormed to an impressive 4-1 opening day victory at Blackburn.

Elsewhere in the Division, 34-year-old defender Chris Baird played the full ninety minutes for Derby County in the scoreless draw at home to Brighton & Hove Albion who had their latest capture Oliver Norwood watching from the dugout.

Will Grigg saw action for Wigan on Saturday before being substituted after 71 minutes of the Latics 2-1 reverse at Bristol City.

It was not a great beginning to the campaign for Stuart Dallas who started for a Leeds United side that suffered a 3-0 defeat at Queens Park Rangers, who had fellow International Conor Washington amongst their bench.

In League One, winger Shane Ferguson was part of the Millwall team that cruised to a comfortable 3-0 success over Stephen Robinson’s Oldham who had on-loan striker Billy McKay making his debut for them.

And Fleetwood Town defender Conor McLaughlin played in the club’s 1-1 draw at Northampton at the weekend.

Meanwhile in Scotland, Niall McGinn came on as a late substitute in Aberdeen’s goalless draw at St.Johnstone who had Alan Mannus between the posts for Tommy Wright’s outfit, while Lee Hodson failed to get any game time as Rangers were held to a 1-1 draw by Hamilton.