Tom Flanagan and Michael Duffy called up to NI Squad 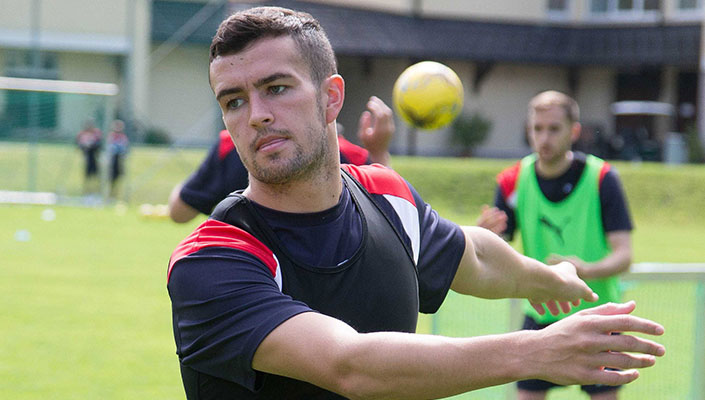 Michael O’Neill has included Burton Albion defender Tom Flanagan and Celtic midfielder Michael Duffy in his senior squad for the first time ahead of Northern Ireland’s opening World Cup Qualifier against the Czech Republic next month.

24 year-old Flanagan, who has played once for Northern Ireland at under-21 level, was born in Hammersmith and began his career at MK Dons before being released in the summer of 2015.

The 6’4 central defender subsequently signed a deal with Burton Albion and this season has been a regular in the side that are playing in the Championship for the first time in their history.

Michael Duffy, an attacking midfielder, has come up through the youth ranks with Northern Ireland and has seven under-21 caps to his name.

After some impressive performances for his home-town club Derry City, especially in Europe, he earned a dream move to Glasgow Celtic in February 2015.

Although the 22 year-old has yet to make a senior appearance for the Parkhead outfit, he did gain first-team experience last term with Alloa Athletic, while this season he is on-loan at Dundee where he has scored once in his opening six games for the Scottish Premiership side.