Variety is the spice of life at Nutty Krust camp 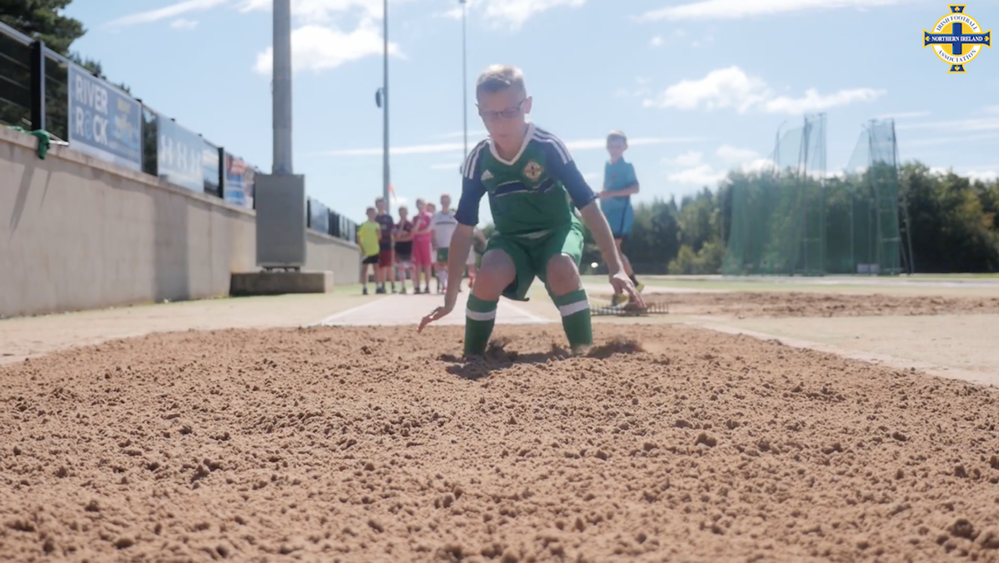 A summer camp offering a mix of football and athletics has proved to be a runaway success.

The Irish Football Association and Athletics NI joined forces to offer the camp which focused on six athletics disciplines as well as football. A total of 39 kids registered for the activities, including 10 girls.

The camp at the Mary Peters Track in south Belfast formed part of the Irish FA’s extensive Nutty Krust summer football camps programme, which is running at numerous venues across Northern Ireland.

Malcolm Roberts, the association’s Regional Grassroots Development Officer for Belfast Central, explained: “The feedback was excellent, and especially from the girls, some of whom had never really played football before.

“All the participants at last week’s camp loved the variety on offer. They got to try out long jump, high jump, shot putt, javelin, hurdles and orienteering as well as football.

“We worked well with the Athletics NI coaches and we all had a lot of fun.”

Malcolm also revealed that because the pilot camp was so successful the Irish FA and Athletics NI are hoping to run similar camps at other venues which host StarTrack, Athletics NI’s flagship grassroots programme. These are located in Antrim, Bangor, Cookstown and Newry.

See film for a taste of what was on offer at the Mary Peters Track.