Jessica Foy asks for fans to flock to Mourneview Park 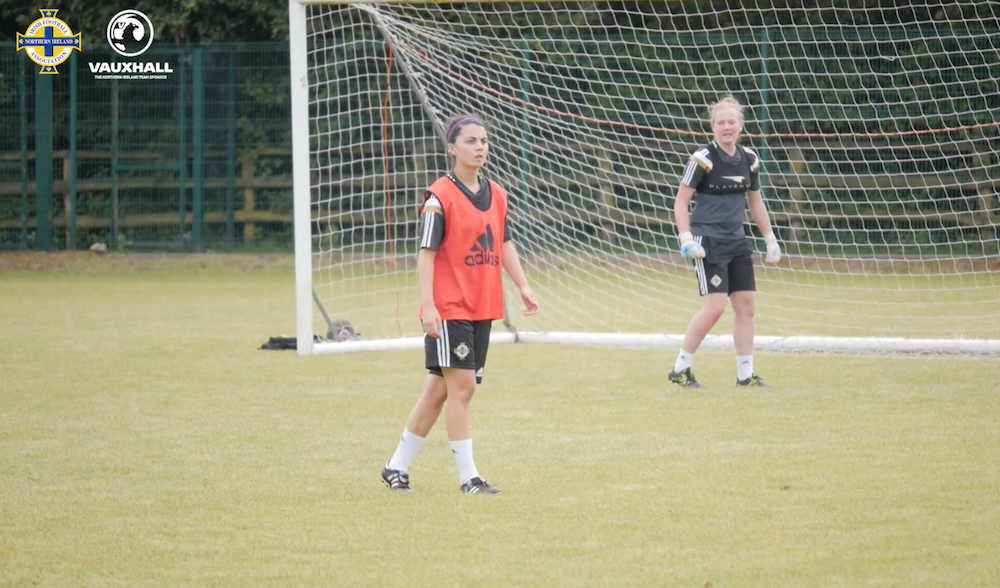 Foy, who plays her football for Glentoran Belfast United in the Women's Premiership, firstly shared the pride she feels every time she puts on the International shirt.

She said: "I don't think you can describe the feeling of it. It's something special that not everyone gets to do. You know when you are on the pitch you are going to give 100% for the country and for the badge."

And ahead of the Women's Euro2017 qualifier against the Czech Republic on Wednesday August 3rd at Mourneview Park in Lurgan, the defender believes fans can play a crucial role in the teams success: "It really changes the atmosphere in the place, everyone has a real buzz.

"All the young girls coming out to support gives you a different feel and makes you want to do it for them as well as the badge."