Jordan Stewart wants "positive results" for the Under 21s 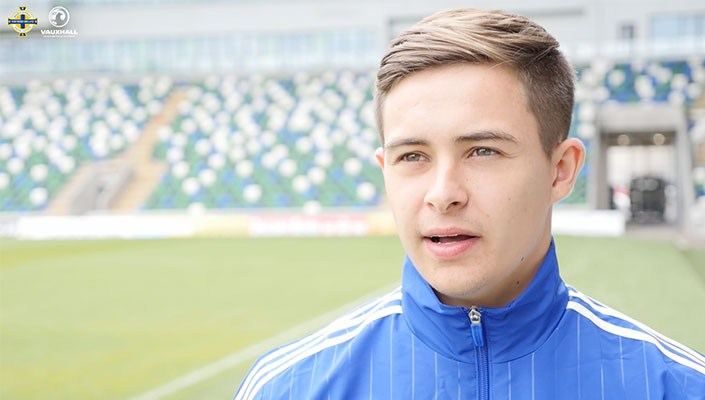 Northern Ireland Under 21 forward Jordan Stewart believes results can change as they face Iceland and Macedonia in the upcoming UEFA Under 21 Championship qualifiers.

The Under 21s have gained one point so far in Group 3 having led in five of six games losing all but one by a single goal.

The point came in the reverse fixture against Iceland as a Ryan Johnson goal after just two minutes was cancelled out by Aron Elís Thrándarson.

Stewart now wants to turn near misses into points starting against Iceland on Friday night at Mourneview Park, he said: "For the next two games we are just hoping to get a positive result which we haven't got many of.

"We have had good performances but it's about time we got the rewards for the hard work we have been putting in. Hopefully we will get a couple of wins."

You can hear more from Stewart about how he has settled into life at Swindon Town FC & why playing for his country is that extra bit special by watching the video above.