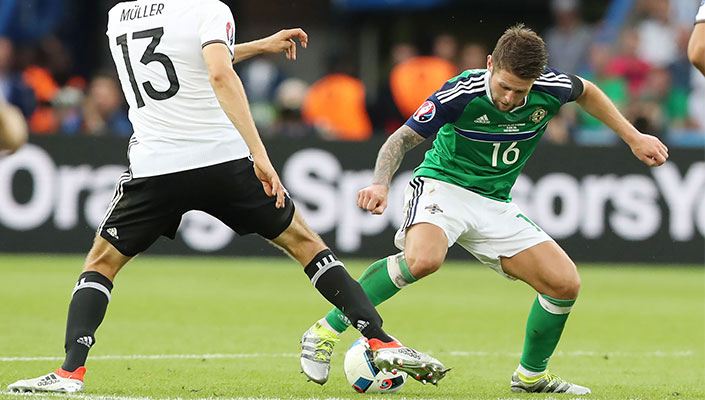 With the new season upon us quite a number of Northern Ireland players are starting the campaign with new clubs after a hectic summer of transfer activity.

The most high-profile moves during the close season were without doubt that of Michael McGovern and Oliver Norwood, two of Northern Ireland’s star performers in France this summer.

McGovern, who was outstanding against the Germans in Paris, made the journey South from Scotland to join Championship outfit Norwich City, now managed by his former boss at Hamilton Alex Neil, on a three-year deal.

Meanwhile 25 year-old Norwood has made the switch to Brighton & Hove Albion from fellow Championship side Reading on a deal that will keep him at the Amex Stadium until the summer of 2019.

Highly-rated central defender Ben Hall, a Northern Ireland under-19 international, will be a team-mate of Norwood’s at the South-Coast club following his move to Brighton from Motherwell.

Striker Billy McKay, who just missed out on a place at the Euro’s this summer, has been snapped up on a season-long loan by Michael O’Neill’s former assistant manager Stephen Robinson who is now in charge at Oldham Athletic.

Robinson was also believed to be interested in taking veteran defender Aaron Hughes to the League One side but the 36 year-old opted to link up with Indian Super League team Kerala Blasters.

The Northern Ireland Football League has also been a hive of activity with quite a few senior international players making the move back ‘home’.

Glenavon boss Gary Hamilton pulled off quite a coup when he persuaded the mercurial Paddy McCourt to sign for the Lurgan Blues after leaving Luton Town.