Women's Irish Cup Quarter Final "Tie of the Round" 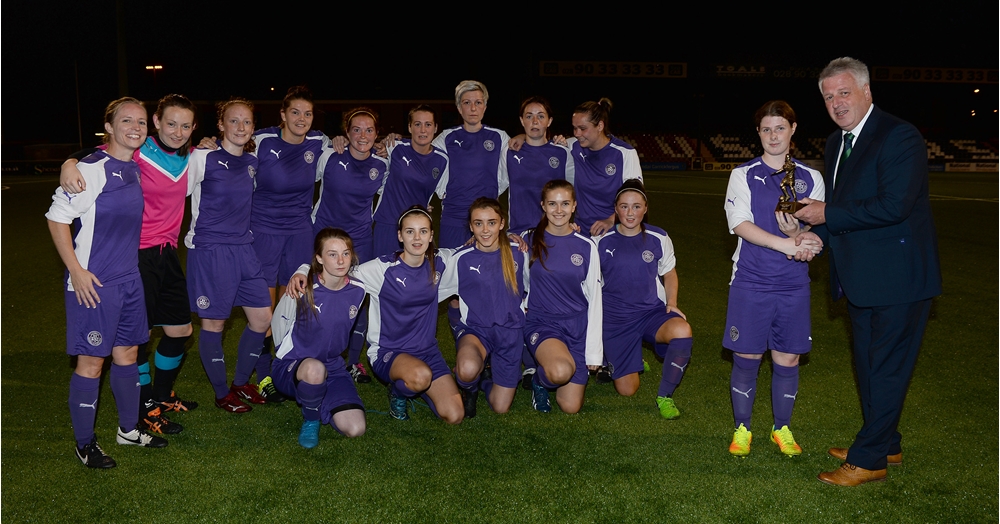 Cliftonville welcomed back Marrisa Callaghan and Emma Kelly to their line up in tonight's Women's Irish Cup quarter final tie at Seaview, while Crusaders had Kirsty McCaughtry returning in goal after injury.

The game itself wa a tight cagey affair with both teams largely cancelling each other out and restricting their opponents to long range shots or from tight angles. Crusaders went closest in the early stages through Emily Wilson and only a fine save by McKenna and a last ditch Teri Moore tackle kept out the young striker.

At the other end Celine Curtis was proving a thorn in the Crusaders side, always on the front foot and looking menacing. Three times in the first half she forced McCuaghtry into excellent stops. The second half was a lot more open with both teams seeking the all important first goal.

That duly arrived on the hour with Callaghan chasing a lost cause on the left, cutting inside the fullback and rifling home at the near post. Crusaders upped their game chasing an equaliser. O'Carroll ringed the changes with all three substitutes on quickly.

The equaliser arrived courtesy of some sublime skill from young Wilson who ghosted past three defenders and calmly finished. Extra time it was with nothing separating the teams until the 107th minute. Cliftonville awarded a free kick wide on the left 30 yards from goal filled the box.

Billie Simpson stepped up and drilled the ball into the top corner to seal the game. Player of the match was Cliftonville's Celine Curtis who never stopped running all night for her team.