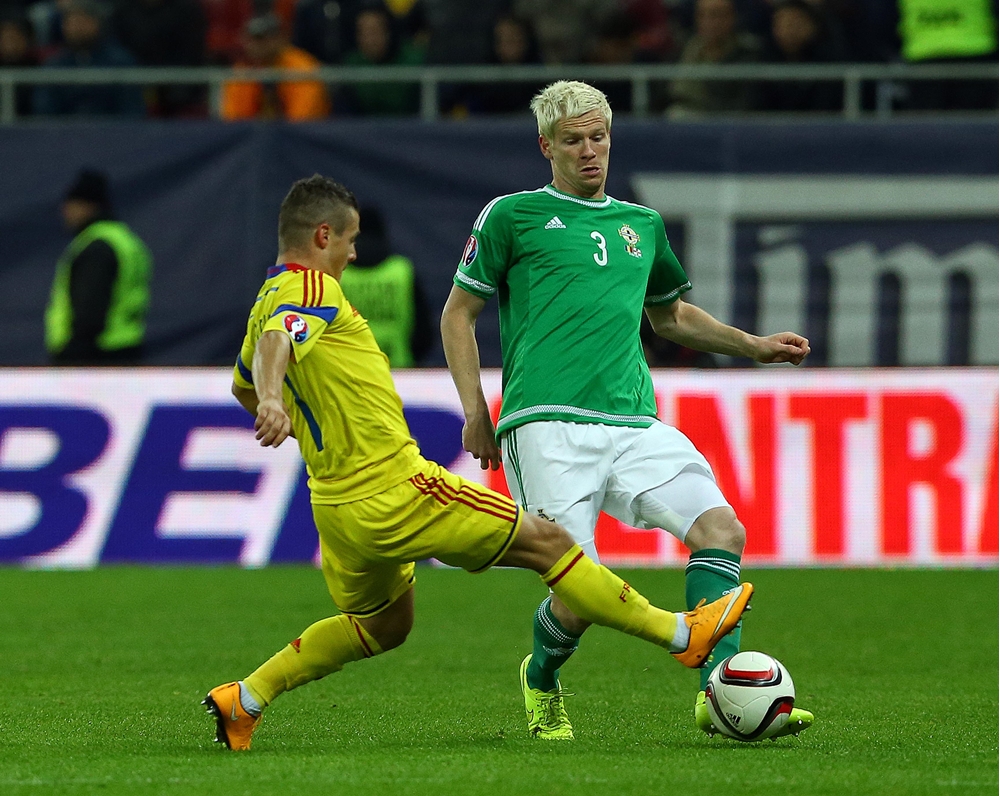 Shrewsbury Town defender Ryan McGivern and uncapped midfielder Matthew Lund from Rochdale have been called up into the Northern Ireland squad for Sunday’s opening World Cup qualifier with the Czech Republic.

Manager Michael O’Neill has drafted in the duo after Craig Cathcart was ruled out of next weekend’s game in Prague with a groin injury.

Twenty-six year-old McGivern, who has 23 senior caps, is recalled to O’Neill’s squad after appearing in all seven of Shrewsbury Town’s games this term.

His last match for Northern Ireland was in the 2-0 EURO 2016 qualifying defeat to Romania in Bucharest in November 2014.

Shrewsbury manager Mickey Mellon was pleased that McGivern was gaining International recognition after some impressive performances for the League One outfit this season.

“We will be without Ryan for the Cambridge and Oldham games but I’m pleased that he’s got himself back into that group.” said Mellon.

Meanwhile, uncapped Matthew Lund, a 25 year-old central midfielder, is included in the senior squad for only the second time, the first was the qualifying game with Romania in November 2014.

He has previously won six caps at under-21 level for Northern Ireland and has scored once in the three outings for Rochdale this term.